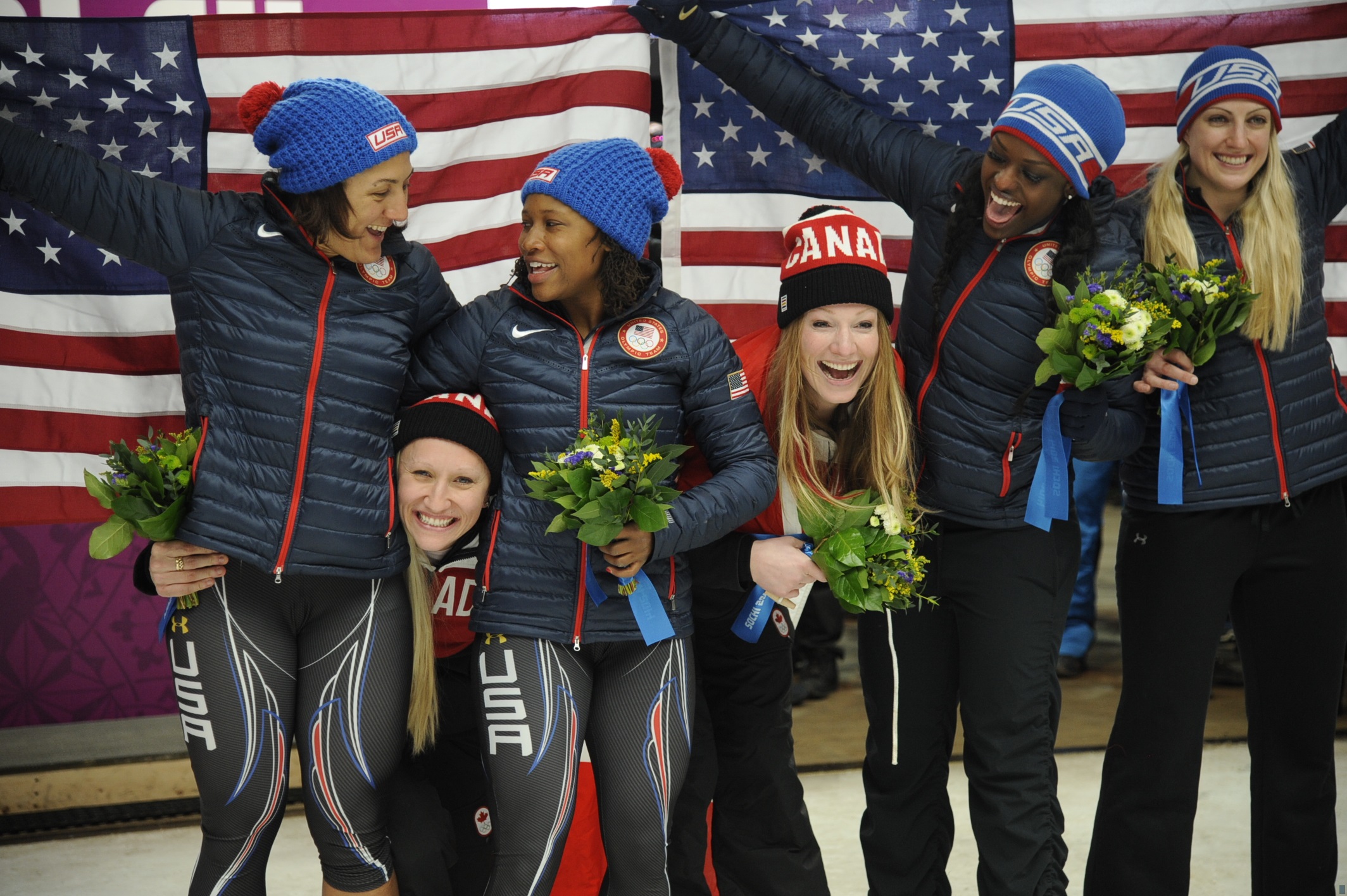 Track star Lauryn Williams is the first American woman and the fifth athlete to medal in both the Summer and Winter Olympics after winning a silver medal in the women’s two-person bobsled at the Sochi Games on Wednesday.

Williams joined the sport only seven months ago. The 30-year-old track and field sprinter of Trinidadian decent competes internationally for the United States. She previously won gold as part of the women’s 4×100 relay in the 2012 London Games as well as a silver medal in the 100 meters at the 2004 Games in Athens.

“I didn’t come here to make history,â€ Williams said, as reported at TeamUSA.org. “I came here to help Team USA, and I feel like I did the best I could. I’m just happy to be here, and it wasn’t about history for me.â€

Had Williams won gold, she would have become the first woman and only the second athlete ever to win a gold medal in the Olympic Winter and Summer Games. Eddie Eagan is the only other American to medal in both Olympics, winning gold in boxing in 1920 and in the four-man bobsled in 1932.

Chicago native and former Illinois track star Aja Evans took bronze in the women’s two-person bobsled, giving the US two medals in a bobsled event for the first time in history. A former Big Ten shot put champion, Evans also was a sprinter.

“You go into the competition setting goals for yourself, and the ultimate goal is to win gold,â€ Evans said. “But you go in with nothing, so to come out with a bronze, you’ve reached a goal, you’ve achieved a lot. I’m just as excited as if I’ve won gold.â€

Track star Lolo Jones finished in 11th place. Jones, a two-time Olympic hurdler, joined Williams as the ninth and 10th American athletes to compete in both the Summer and Winter Olympic Games.

The U.S. is the only nation to medal in every women’s bobsled Olympic event since the discipline made its debut at the 2002 Salt Lake City Games. Jill Bakken and Vonetta Flowers won the inaugural women’s bobsled race in 2002, with Flowers becoming the first African-American ever to win a gold medal at the Winter Games.