Black Farmers in Alabama Sue the Federal Government for Discrimination 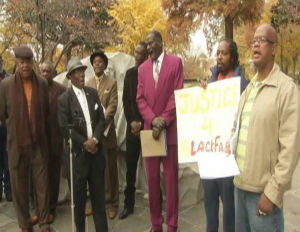 A small group of African-American farmers in Alabama have filed a class action lawsuit against the U.S. Department ofÂ Agriculture. They allege that loans provided to white farmers were not provided for them.

“Black folk, y’all need to wake up. Wake up black folk. This is what is going on in the United States. They don’t want us here. But it’s OK, we’re here,â€ said Mike Stovall, a farmer from Town Creek, Alabama, according to the Associated Press.

The Birmingham farmers say they are not part of a $1.2 billion earlier class action case, and their’s is an independent lawsuit.Â The farmers also allege that the federal government is trying to force them to sell their properties.