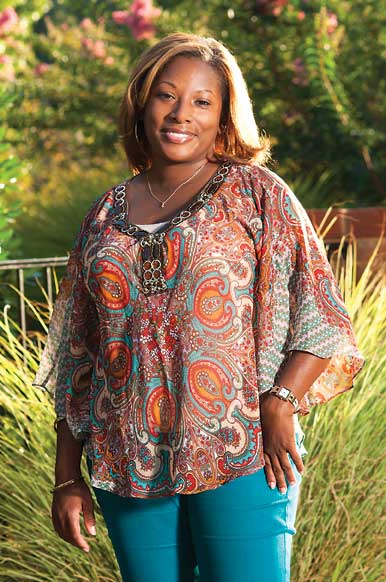 When Lachelle Metcalf (formerly Lachelle Story) appeared in Black Enterprise in the September 2012 issue, she was eager to start her own business. However, further exploration proved she was not financially ready. Today, Metcalf has adjusted her timeline and moved toward a more realistic goal.

“After completing the challenge, I realized that I may have been a little too optimistic with my goal of becoming fully self employed by January 2014. However, I have not lost sight of that goal and do intend to be fully self employed by January 2016. In order to achieve that goal we have increased our client roster, expanded our service offerings, and developed the infrastructure of our firm to make room for expansion,â€ says Metcalf.

Metcalf received a promotion and raise at her current job, which has helped her move closer to achieving her financial goals. In addition, she married her business partner, Manny. Metcalf is thankful that some financial burden has been relieved now that she is part of a two-income household.

“We were able to pay down debt and contribute more to our family savings to build our nest egg,â€ says Metcalf.

Metcalf and her new husband have committed to saving $300 per month. The budding entrepreneur says she and her husband are also paying off their credit cards, starting with the highest interest rate. Metcalf took the advice to explore student loan repayment options.

“My student loan was bought by another loan company so I am currently communicating with them to understand my student loan repayment options. It’s a frustrating experience but it will be worth it in the future,â€ she says.

5 Ways to Market Your Business for the Holiday Season