While Black Enterprise Magazine has been a perennial winner of NABJ’s Salute to Excellence Awards over the years, this marks the first year that the company has won awards across every media platform since its evolution from a single-magazine publisher to a multiplatform media company. The NABJ’s recognition comes as Black Enterprise Magazine celebrates its 40th Anniversary of its launch in August of 1970.

“I am particularly proud that we received recognition in print, digital and broadcast,” says Black Enterprise President and CEO Earl “Butch” Graves Jr. “This confirms the influence and reach each of these unique distribution channels represent.”

Black Enterprise won awards in every category for which it was nominated, as follows: 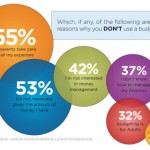