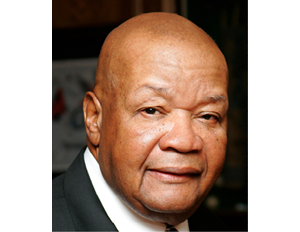 Goldston, who died July 4 at the age of 78, used his business, political, civic, and philanthropic participation to advance black entrepreneurial and academic achievement as well as expand the black professional pipeline across four decades.

His Atlanta-based enterprise, The Gourmet Cos., grew from an upstart firm he launched in 1975 to one of the biggest African American employers in the country, providing food and management services for more than 20 HBCUs, including Hampton University and Florida A&M; airport concessions in Atlanta, New Orleans, Phoenix, and St. Croix; and corporate clients that included AT&T, CNN, FedEx, and UPS. As a result of its consistent performance, Gourmet, which produced 2016 revenues of $168 million, ranked among the BE 100s—BLACK ENTERPRISE‘s list of the nation’s largest black-owned businesses—every year since 1976. Among its high-profile achievements: It served as official caterers for the 1996 Olympic Games, Super Bowl XXVIII, and 1988 Democratic National Convention.

As Goldston is being remembered, his passing also marks a transition in the company’s leadership.

“Nate Goldston, a close, loyal friend of mine for more than 40 years, built a reputation as a leader for quality and service in his field,” says BE Chairman and Publisher Earl G. Graves Sr., who Goldston credited with encouraging him to start the company. “He was always committed to ensuring African Americans in business gained access through his support of our educational institutions, civil rights organizations, and those political representatives who fought to level the playing field.”

A Business Leader and Political Influencer

Over the years, Goldston had been a major contributor and supporter to local and national campaigns, including the elections of Virginia Gov. L. Douglas Wilder, New York Mayor David N. Dinkins and the late Atlanta Mayor Maynard Jackson, who persuaded Goldston in the 1970s to move his emerging company from Charlotte, North Carolina, to the nascent “Black Business Mecca.”

“If there is a hall of fame for black entrepreneurship and leadership across the board, Nate Goldston should be at the top of the list,” asserts former Gourmet president Raymond McClendon. To buttress his point, he shares a litany of the dynamic entrepreneur’s accomplishments, including his ongoing mentorship of small business owners; donation of tens of millions to black colleges and African American-related causes; founding of 100 Black Men of Atlanta Inc. in 1986 as a vehicle to uplift underprivileged youth; and installation as second national president of 100 Black Men of America in 1989 to address issues nationwide.

William R. Harvey, president of Hampton University, which has contracted Gourmet’s services for more than 30 years, says Goldston “was a tremendous business person, a role model for others, and a good friend for a long time. He was the epitome of hospitality and service, which was his industry. Besides his business acumen, he was always interested in helping others.”

He maintains Goldston was instrumental in bolstering HU’s top-ranked hospitality management degree program over the years by offering advice and work-study positions as well as “being supportive and helpful in perhaps the most profound way”—his $1 million gift for the university’s campaign, including its dining facilities upgrade. To honor Goldston’s memory and contributions, Harvey and his wife are establishing a business scholarship fund in his name.

His Commitment to Black Colleges and Students

The Omaha, Nebraska, native told BE in past interviews that the fact that his father held jobs at local hotels and restaurants and his mother worked in public school cafeterias gave him intimate knowledge of the food services business at a young age. As such, Goldston, who received his degree in business administration with an emphasis in hotel and restaurant management from the University of Denver, constantly sought different ways to diversify and innovate within the sector. As early as 1977, Goldston received the BE Achievement Award for Service due, in part, to Gourmet’s work in the development of Marshall, Texas-based Wiley College’s hospitality management curriculum, making it at the time one of a handful of black institutions offering such degree programs.

Goldston was one of the most generous donors to black colleges and students. He provided $50 million in scholarships through the Mary E. Goldston Foundation.

His passion for golf as a recreational sport and valuable business tool had been common knowledge to all who knew him. Beyond counseling students and young professionals on the value of the game, he supported the Bill Dickey Scholarship Association, in which more than $3 million has been awarded to students.

A Life of Service, Remembered

The business trailblazer’s passing means a major transition for the company as the next generation is positioned to assume the helm. In fact, the elder Goldston and his son, Nathaniel R. Goldston IV, told BE last year of the succession plan that had been in the works. Moreover, in the June 2016 issue of BLACK ENTERPRISE, Gourmet promoted the fact that the younger Goldston had ascended to the presidency.

Raymond McClendon, Gourmet’s interim vice chairman of the board, confirms that the elder Goldston had been preparing for retirement while taking deliberate steps to pass the torch to his son. He says: “I’m excited about the company’s direction. He’s solidifying the core business while developing great ideas on how to diversify into areas that will keep the company competitive in the ever-changing food services industry.”

McClendon, Harvey, and others continue to honor the elder Goldston’s powerful legacy. Says Harvey: “Rather than focus on his passing, we should remember his life of service and the many contributions that he made as a businessman and a person that will live on.” 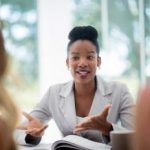 Want to Become a Better Manager? Make Sure You're Doing These Things 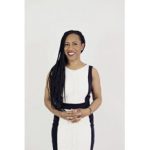 The Black Attorney Working Behind the Scenes to Keep Uber Accessible