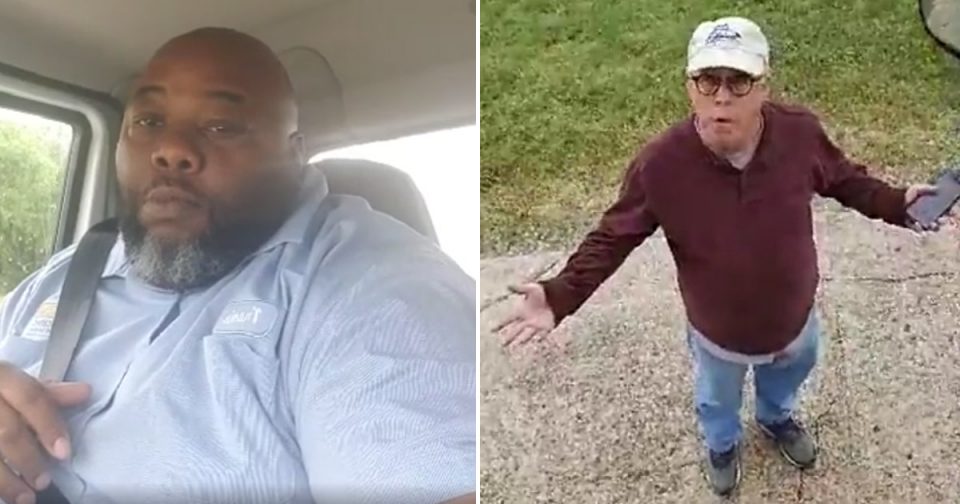 In the latest edition of black people being held to a different standard, a black delivery driver was “imprisoned” in a gated Oklahoma City complex by white homeowners, according to ABC News.

For more than an hour, a black delivery driver was trapped in an Oklahoma City gated community earlier this week by a white man who said that he was the president of the local homeowner’s association.

Travis Miller, who is a home appliance and furniture delivery driver, had filmed the encounter on his Facebook Live account while driving through the neighborhood of Ashford Hills.

“I just know that emotionally, it was hard to maintain restraint, especially when I’m dealing with death in the family, two family members within two days of each other,” Miller told KFOR-TV on Wednesday. “I just did the best I could to not make a bad situation worse.”

Miller had been given the code to the gate by the client who ordered the items to be delivered. After completing the delivery, Miller and his colleague were questioned about why they were on that street by a white man, who identified himself as David Stewart and said he was a board member of the homeowners association, as can be seen on the Facebook Live clip of the confrontation.

“Got me blocked in so I can’t leave,” Miller said, referring to Stewart as he blocked them in with his car.

“I want to know where you’re going?” said Stewart, who told Miller that he was driving on a private street.

Miller then says, “It’s none of your business. I’m going out, that’s where I’m going.”

Miller remained seated in his truck and recorded the interaction on Facebook.

“I was gripping the steering wheel, and I made sure I kept my seat belt on,” he told KOCO-TV. “I locked the doors, tried to keep the window up.”

After about 30 minutes, another homeowner joined the man in his inquiry.

“All we want to know is why you’re in here and who gave you the gate code,” the second homeowner said. “That’s all we need to know.”

“I don’t know what prompted him to, or what has happened in that neighborhood, for him to respond the way he did,” Miller said.

“I knew if I get out this truck, no matter what happened, I would have been in the wrong,” he said. “I always say to myself, ‘I’m going to go home to my wife and my kids.’”

Police did not go to the scene because the original caller phoned back and said officers were no longer needed, police Capt. Larry Withrow said.

“If our original caller tells us they no longer need us, unless we have reason to believe there is something wrong or something illegal happening, we cancel the call,” Withrow said.

Miller said Stewart eventually moved his car because his customer arrived at the scene and confirmed that he had just received a delivery. 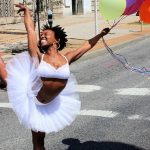 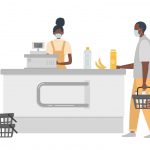