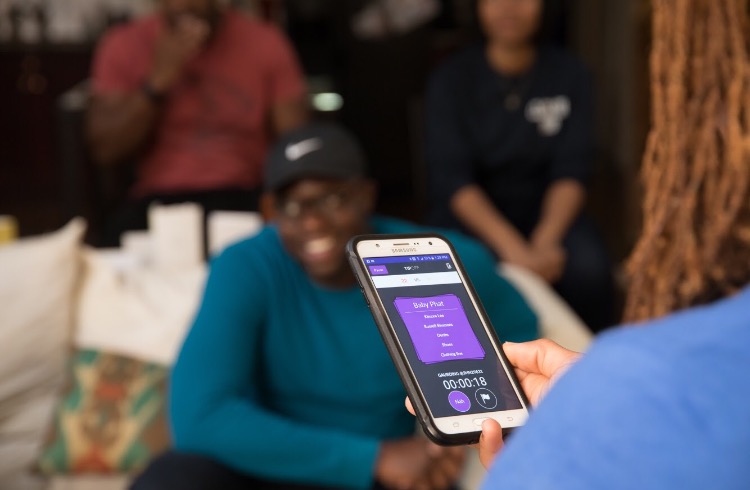 If you’re looking for a new game to play this holiday season, one that will have everyone laughing out loud, try TipOff. This fun, app-based word guessing game not only promises good times and a way of connecting with family and friends—it also raises money for scholarships to historically black colleges.

“TipOff is a multiplayer game which can be played in-person or remotely,” says Founder Astin Hayes, who came up with the idea. “Users will divide into teams and enter a game room code to take turns, TIPping each other off to the keyword without saying any of the five words listed on the card. Each team member will have a turn as the ‘Player’ and as the ‘Hater.’ The player describes the keyword while the hater guards the player on each card to make sure they do not violate the rules.”

Says Co-founder Amanda Spann, “The cards in the game rotate to each player’s phone, which allows for the game to be played in-person or remotely over video chat. Users can also customize the game by selecting from an assortment of free and paid word categories, of which the proceeds of many benefit STEM nonprofits and HBCU scholarship endowments.”

TipOff is the fifth product from Spann’s startup studio, Happii. The studio has also produced a dating app, AfriDate.

“The object of the game is for a team to accrue the greatest number of points by guessing each keyword correctly without saying any of the ‘blacklisted’ words on the card. Points are earned when a player’s description enables their teammates to guess the keyword correctly. Points are deducted when cards are passed or a word on the card is used. It’s similar to Taboo but for you,” Hayes says.

Says Spann, “We have a global scoreboard so players can literally become the top TipOff player in the world. Each time a person plays they can collect both team points as well as personal points that move them up in the global rankings.”

Do players need to have attended an HBCU to understand and appreciate the game? Hayes and Spann say no.

“The game celebrates the black experience and those who appreciate it,” Hayes says. “The game is not only a lot of fun but a great learning opportunity. We’ve included several historical figures, influencers, and references in each of the word packs. We encourage people from all walks of life to try it.”

Spann concurs. “We decided to launch the HBCU series because HBCUs play a critical part in moving the pulse of black culture. We wanted to recognize, honor, and pay homage to these institutions, their legacies, and their contributions to our communities. We hope to offer an HBCU scholarship pack for each school as well as an assortment of other interesting packs over the next few months.”

Piqued your interest? TipOff is available free in both the App and Play Stores, Hayes says. “Users can take advantage of free and premium categories to give their game night a custom feel. Each of the premium categories is only 99 cents.” 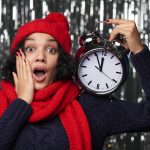