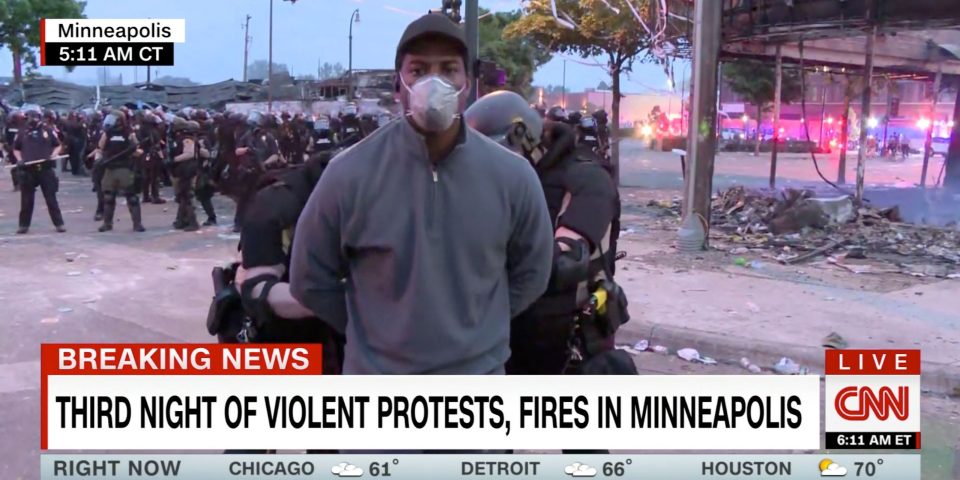 CNN reporter Omar Jimenez was arrested early Friday morning by the Minnesota State Patrol as he and his colleagues were reporting on the ongoing protests in Minneapolis.

Jimenez, who is black and Latinx, was led away in handcuffs while he was live on air covering the demonstrations over the death of George Floyd by police on Monday. After the officers approached the journalists during the broadcast, the team responded by identifying themselves as reporters and asked the authorities where they wanted them to relocate.

In response, two police officers put Jimenez in handcuffs without offering an explanation although he asked several times why he was being arrested. His cameraman, who is white, and producer, who is Hispanic, were also detained shortly thereafter.

According to CNN, the arrests were a “clear violation of their First Amendment rights.” CNN reported that network president Jeff Zucker spoke with Gov. Tim Walz, who “deeply apologized” for the “unacceptable” arrests. Jimenez and his crew were released from police custody that same morning.

A CNN reporter & his production team were arrested this morning in Minneapolis for doing their jobs, despite identifying themselves – a clear violation of their First Amendment rights. The authorities in Minnesota, incl. the Governor, must release the 3 CNN employees immediately.

Gov. Walz also apologized for the incident during a press conference later that day. “In a situation like this, even if you’re clearing an area, we have got to ensure that there is a safe spot for journalism to tell the story. The issue here is trust,” he said. He added that there was “absolutely no reason something like this should happen”.

CNN commentator Bakari Sellers called out Minneapolis police over Jimenez’s arrest, noting that Jimenez complied with police and that a white CNN reporter on the scene was not arrested.

“We saw a reporter who is educated, who is brown, who is doing his job better than anybody around, was in harm’s way, letting the American people see what’s going on on the ground. He complied, he said he would move, and you know his family’s heart is beating right now because he is locked up in prison and killers are still roaming the streets free,” Sellers said, according to Mediaite.

Sellers added, “You almost have to laugh not to just be furious, because this is America in 2020, and I hate to be cheesy, but the revolution literally is being televised.” 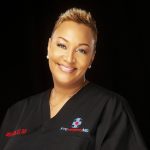 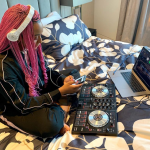