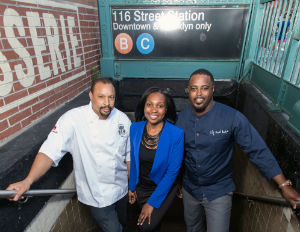 The nine-week series highlights extraordinary African American chefs with diverse and distinctive palates and skill sets. Beyond the opportunity to discover the cultural flavors of Harlem, guests have an opportunity to exploreÂ multiple courses and a signature cocktail. The Black Chef Summer Series will complement each magical and tasteful evening with 10% of proceeds going to both the Food Bank For New York City, and a charity of the chef’s choosing.

“Our guests can expect to indulge in delicious food, great people, and amazing wine.Â  You will have the opportunity to meet and converse with influential professionals during the communal style dining experience. You get to build business and personal networks, so bring a lot of business cards,â€ says Co-Founder Beal.

Check out a snapshot of the featured chefs:

Chef James Robinson
As founder of Kitchen Cray, Robinson is committed to the community and creating accessible culinary experiences. In addition to private dining experiences, events and celebrity private chef services, he’s committed to making five-star dining an accessible and personal experience while utilizing his craft to teach underprivileged youth about healthy eating and open their eyes to a career in culinary arts.

Chef Kenneth Collins
Born in Texas, Chef Kenneth Collins, of Chef Collins,Â has had success throughout the country. In Dallas, his cooking earned four stars for both CafeÌ Royale and Enjolie; following his time in Dallas three stars were awarded to his Hartford, Connecticut, restaurant, The Savannah. After The Savannah, his success continued in Tenafly, New Jersey, with America Bar and Restaurant, followed by New York City restaurants Ida Mae, and Smoke and Tour Restaurant & Catering.

Chef Russell Jackson
Jackson, whoÂ hails from Los Angeles, will be serving up innovation. Having four restaurants launched under his belt coupled with a stint in Food Network Kitchens, Jackson remains active in the New York and San Francisco food scenes. SubCulture Dining is now a bi-coastal affair with a robust schedule and an ambitious agenda.

Elle Simone Scott. Scott, a Detroit native and Brooklyn transplant, is a culinary maverick. Always drawn to creative food culture, Scott has been dazzling the culinary world since 2006, quickly becoming a highly sought after freelance food stylist and culinary producer. Scott has collaborated and contributed her unique styling abilities to Food Network, Food Network Magazine, The Cooking Channel, The Katie Couric Show, CBS Corp., ABC’s The Chew, and Bravo’s Chef Roble and Co. With a focus on beautiful and tasty dishes, Scott transcends the traditional role of a chef, working to share her gift and tell a story through food.

Chef Richards
Culinary enthusiastÂ Chef Richard Ingraham was born and raised in Miami. In 2005, he was offered what is now his current position as private chef for Miami Heat’s Dwyane Wade. He is responsible for the nutritional diet that keeps the star fit, toned, and healthy on and off the court. 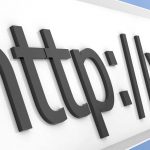