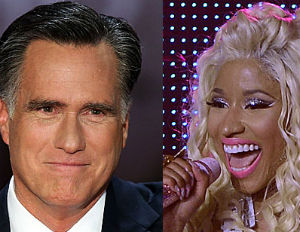 As the next Presidential election draws near in November, the two most popular candidates, President Barack Obama and Republican candidate Mitt Romney have been paving the campaign trail.

Politics met entertainment with the latest celebrity rant, coming from Nicki Minaj, in which she rapped in vote of Republican Mitt Romney. This was a shock to fans and celebrity bloggers everywhere, but Nicki is not the only popular African-American face that has shown favor to the GOP.

Here is a list of some African-American celebrities who have supported or are affiliated with the Republican party.

Marsha Ambrosius: “I Have An Emotional Attachment To My Hair”