AMore than a dozen prominent African American leaders in corporate America are using their influence and pooling their cash to get political. Although the executives have raised money for various philanthropic and policy-related issues throughout their careers, a wave of high-profile incidents of police violence against people of color along with the election of President Donald Trump has motivated the group to become more deeply involved in politics. Now, they’re planning to launch a super PAC to advance their own political and social agenda, according to a report by The New York Times.

The idea to organize around a set of core political and social issues sparked during a dinner meeting held in the Hamptons last summer with former attorney general Eric H. Holder Jr. and Sens. Cory Booker and Kamala Harris. While there, the business leaders realized that funding and running candidates directly aligned with their ideas could help them make a significant impact in today’s political landscape. One of the leading organizers of the group, Charles Phillips, the CEO of Infor who graced the cover of the February 2013 issue of BLACK ENTERPRISE MAGAZINE, found inspiration from the billionaire Koch brothers—who have donated millions of dollars to fund Republican candidates, the Tea Party, conservative think tanks, and libertarian causes.

“What we’ve been doing is just writing checks for years, and we don’t know what happened” once the money was received, Phillips told the NYT. “We’ve got to learn from the Koch brothers, do what they do, have them sign pledges.”

Other leaders of the coalition include N. Anthony Coles, head of the biotech firm Yumanity Therapeutics, who was named on BLACK ENTERPRISE’s 2017 Black Corporate Directors Registry; Marva Smalls, the global head of inclusion strategy for Viacom who ranked among BE’s Top Executives in Diversity in 2011; and William M. Lewis Jr., the co-chairman of investment banking at Lazard, who was listed on BE’s 2011 75 Most Powerful Blacks on Wall Street.

Smalls described the election of Trump as an “inflection point.” She added, “We have now entered more the ranks of corporate America with the financial wherewithal, with the thought leadership, to now engage around the issues.” The work now is “defining a narrative, politically, that matters to our community.”

Over the last two years, the group has increasingly wielded its access and power to combat racism and promote equality. For instance, they raised $1 million in 2015 to help the NAACP Legal Defense and Educational Fund tackle police brutality. In August, the group banded together to provide support for Merck CEO Kenneth C. Frazier, BLACK ENTERPRISE’s 2014 Corporate Executive of the Year, after he stepped down from the president’s American Manufacturing Council due to Trump’s controversial comments over the racist-fueled violence in Charlottesville, Virginia. In response, Trump blasted Frazier on Twitter.

To take things further, the group’s 10 core organizers meet twice a month in New York City to build a super PAC that will run political ads or host events. The group also plans to launch a federal PAC to support candidates as well as a 501(c)(4) group. All three entities will help them advance a political push on issues like access to education, unemployment, and voting rights. Rather than pledge loyalty to a particular political party, the group will support candidates who uphold their values.

The group plans to launch their PACs in 2018.  It is currently hashing out priorities, differences, and a legal structure, while “creating a new fund-raising model for corporate executives of color.” 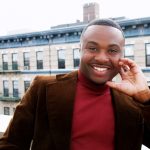