Black "Bachelor" May Finally Be Coming to ABC 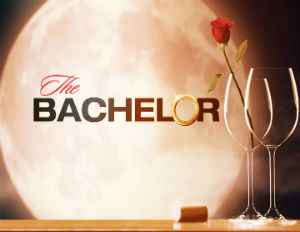 After airing on ABC for 14 long years,Â the infamous The Bachelor franchise may finally be adding some diversity, according toÂ  Entertainment Weekly. ABC Entertainment Group’s president Paul Lee stated, “We’re doing a whole lot of tweaks” to the magazine on Saturday. After 20 seasons of The Bachelor and 11 of The Bachelorette, there has only been one noticeable non-white lead, which was Venezuelan, American-born Juan Pablo Galavis in 2014.

The race issue has been a major topic of controversy in the media and from viewers, even drawing backlash and a lawsuit against the network in 2012 from alleged racial discrimination. Lee said a solution is in place, explaining, “We had a Latino Bachelor, obviously. We’re doing a whole lot of tweaks. We have ‘The Farm Team,’ right? Which allows us to pick the next one. But I’d be very surprised if The Bachelorette in the summer wasn’t diverse. Perhaps I shouldn’t have said that, but I think that’s likely to happen.”

“The Farm Team” refers to the group of current contestants that new Bachelor and Bachelorettes are typically chosen from. In most previous seasons, one of the final contenders for the lead’s heart becomes the next Bachelor or Bachelorette. On social media, there are talks of fan favorite Jubilee, a 24-year-old veteran, as a possible black Bachelorette contender.

What are your thoughts? Will you tune in next season? Share with us below in the comment section.

Feel Like You Donâ€™t Fit In? Find Your Tribe For Career Success