Black Athletes Need to Get in the (Tech) Startup Game 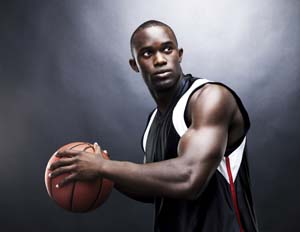 The privilege of lifting the Lombardi trophy has always been reserved for a small group of men each year, and the Super Bowl proved to be no different. The same goes for the ranks of investors that fund a majority of today’s tech startups. However, the latter is changing and we’d like to see more African-American National Football League players, and minority athletes, get off the sideline and into the investing game.

Both rapper-turned-actor Will Smith and music mogul Jay-Z are leveraging their capital and celebrity to back BlackJet, which enables clients to book seats on luxury jets via a mobile app. Black Eyed Peas frontman Will.i.am is not only a serial investor, but he’s learning to write code so he can develop his own websites. Athletes can follow the example of Ronnie Lott, a four-time Super Bowl champion with the San Francisco 49ersÍ¾ Lott recently raised a fund, with other African Americans, and has already invested is several successful startups. His son (who is one of the article’s authors) co-founded StraightCast Media after retiring from the NFL.

Diversifying your portfolio can also save you money. All of these investors benefit from what is known as the carried interest loophole. We’ll break it down: while you likely pay 39.6% on income derived from salary towards taxes, your investments face a maximum of 15-20% in capital gains taxes. This is why billionaire investor Warren Buffett reportedly still pays a lower tax rate than his secretary. As one notable angel investor recently explained, “income is a sucker’s game. Carried interest rocks.â€

Recent initiatives aimed at encouraging a more diverse pool of startup investors have already increased the number of women who are empowered to be more visible and vocal. Websites like FundersClub, with only a few clicks, enables its members, who are accredited investors (with a networth of over $1 million or yearly earnings more than $200,000), to invest as little as $1,000 in venture funds that go on to finance some of the world’s top startups in exchange for equity. The process of connecting founders with funding is becoming more efficient and transparent than ever before, making it easier for those outside Silicon Valley to get involved.

Investors should continue backing the technologies and teams that excite them. However, an increase in the diversity of investors could influence investing habits overall. At present, just 1% of all venture-backed startups in Silicon Valley have an African-American founder.

Comedian Wayne Brady Strikes Back at “Not Black Enough” Statements