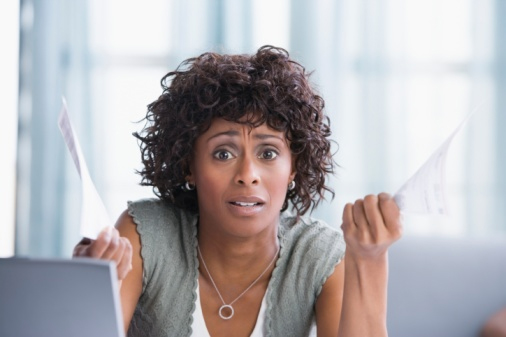 Surely, no one needs tell you that in the past year, a cyclical recession expanded into a full-blown financial crisis. It’s all around you. People are losing homes and jobs as their assets and savings decline in value. This recession is one of the worst in anyone’s memory. Beyond the economic reports the U.S. government issues each month on unemployment, production, or exports, there are whole pockets of the economy that remain a mystery to federal number-crunchers.

Our question: How are you doing? To find the answer, we posted a “Financial Crisis Survey” here on Blackenterprise.com during late December, January, and part of February. The numbers we gathered as part of this exclusive Black Enterprise survey tell a powerful story about how African Americans are adjusting to difficult times:

Main worries: The “loss of investment valueâ€ as stocks sink is a prime concern for 36.3% of respondents. Much more pressing, though, are worries about the spiraling cost of living (cited by 52.4% of respondents). Similarly, rising food prices (50%), money for day-to-day expenses (49.7%), and increasing utility bills (42.7%) are causing anxiety for the BE audience.

Cutting back: As prices rise, something has to give — and that something typically is an expense that can be skipped. Among survey respondents, 81.2% are dining out less, 81% are spending less on new clothes, 73.7% are reducing vacation and other travel plans, and 72.4% are restricting their sports and other leisure time activities.

As spending declines, 59.1% of respondents say they are using credit cards less frequently. In fact, 42.3% of those answering the survey reported paying down outstanding credit card debt while 41.8% say that they’re trimming other debts as well.

Cutting back on investments, too: Among survey respondents, 44.3% cited “having enough money to retireâ€ as a major concern. Nevertheless, paying down debt seems to take precedence over investing for retirement: 20.9% reported decreased investment activity in IRAs, 401(k)s, and other retirement plans, while only 12.3% said they had increased their investments in such accounts.

Drilling down, observers saw one cause for unease among the responses. Some 21.5% of the survey respondents said they had decreased their investment allocation of stocks while just 5.4% reported an increase. Such pessimism might turn out to be ill-founded, even considering how stocks have struggled lately. Why the concern? For our survey respondents (median age of 40), beaten-down stocks may be a good choice for investing for a retirement that might not start for 20 years or more.

Historically, stocks have delivered higher long-term returns than other investment vehicles, and that might be true again. “This is the wrong time to be selling stocks. You should be buying,â€ says Randy Thurman, co-president of Retirement Investment Advisors, Oklahoma City. “Some of the selling we’ve seen has not been logical. It’s hard to be rational during emotional times.â€

Working more: Over half of survey respondents (53.6%, to be precise) reported that they are “seeking additional employment” in response to the financial crisis. That