Study: Most Black Americans Plan to Vote in the 2016 Election 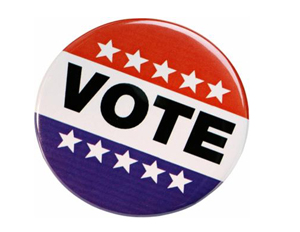 African Americans played a crucialÂ role in making Barack Obama a two-term president; 96% of black voters supported the president in 2008, whileÂ 93% backed him in 2012. However, President Obama has expressed concern over the lack of enthusiasmÂ that black voters seem to have in the 2016 election and for Democratic nominee Hillary Clinton.

The “African American vote right now is not as solid as it needs to be,” he said Wednesday, according to CNN.

That concern seems to be rooted in the fact that African Americans are not participating in early voting at the same rate that they did four years ago. For example, in North Carolina, a key battleground state, only 23% of black voters have been counted in the early voting electorate, compared to 28% at this same time back in 2012. Likewise, in Georgia, blacks make up 31% of the early voting population, compared to 36% at this point in 2012. Plus, there has been a 3% dip in Florida among blacks who are taking advantage of the early vote, compared to this stage in 2008. In addition, it is highly unlikely that Clinton will be able to replicate the same level of support from black voters on Election Day.

But, on the bright side, a recentÂ studyÂ released by theÂ Joint Center for Political and Economic StudiesÂ shows that a majority of African Americans say that the 2016 election is “very important.” The study, which surveyed 1,500 black Americans across the country, found that 76% of black millennials between 18 and 29-years-old plan to vote, while 84% of 30 to 39-year-olds will do the same. Furthermore, though most African Americans plan to vote for Clinton, the majority said that they’re backing the former secretaryÂ of state simply as a way to stop Donald Trump from winning the White House.

According to a press release sent to Black Enterprise, here are a couple of key findings from the report:

CEO Spotlight: Nationwide’s Steve Rasmussen on the Side of Diversity and Inclusion (Part 2)