Biz Expert Q&A: 4 Ways To Get People to Do What You Want - Black Enterprise

One of the most coveted skills in business is also the most elusive: the ability to persuade. Once you can get employees, current and prospective clients, investors, suppliers and other people key to your business success to not only agree to your terms, but to feel good about doing so, you are gold.

For answers, we turned to message strategist and jury selection expert Chris St. Hilaire, author of 27 Powers of Persuasion: Simple Strategies to Seduce Audiences & Win Allies, which will be published in September 2010. “True persuasion is not about arm-twisting or out-maneuvering your adversary,” says St. Hilaire. “It’s about the creation of consensus from conflict or indifference; taking an idea or a course of action and creating unity of purpose. These skills are crucial in business settings.”

St. Hilaire recommends four keys to improving your powers of persuasion in your business life, and beyond:

Focus on the goal to bring all sides together. “Focusing on the goal, stating it out loud and getting agreement upon it moves you closer to a solution from the get-go.Â  We go into meetings thinking we are all on the same page, but we rarely are,” St. Hilaire explains. “And as a result people talk past one another and many times begin to believe that the other person simply shares a different goal when in fact they just haven’t ‘mutualized’ the goal yet.Â  Also, when you get stuck in a process discussion going back to the goal brings you out of the minutia and many times results in new, more productive directions for the discussion.â€

Third-party validation can sway the group in your favor. “Third party validation is something that all audiences want because they know you have a vested interest,” says St. Hilaire.Â  “In trials, in politics, in marketing and in the media they all use third parties to validate claims because they are perceived as less biased.Â  I’ve received many calls from reporters over the years saying ‘I need someone who will say this.’Â  They don’t want your opinion.Â  They want you to agree with them so they have third party validation to put their opinion into a story.â€

Silence can be the most effective argument technique of all. “Silence, and being comfortable with it, allows you to take control of a room without seeming aggressive,” says St. Hilaire.Â  “Try it sometime.Â  Sit silently, comfortably — one of two things or both will happen.Â  First, if your listener is nervous they’ll add on and you’ll get to what they really think.Â  Second, some of the best solutions to problems come at the end of a statement, after they ‘seem’ finished.â€

Use numbers to make your point meaningful. “People love to quantify things…it makes a point more official,” St. Hilaire observes.Â  “Using a statistic or two (don’t over ‘stat’ them) creates some official barometer for them to measure success.Â  It also creates the impression that there’s some official measurement involved.Â  You used to see it a lot in commercials where 9 out of 10 dentists surveyed prefer one toothpaste over another.Â  When you can, use a stat because 88% of all Americans will believe even a made up statistic.â€ 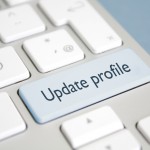 Your Virtual Career: 6 Ways to Turn Off Recruiters