Bipartisan Rewrite of No Child Left Behind Passes Senate 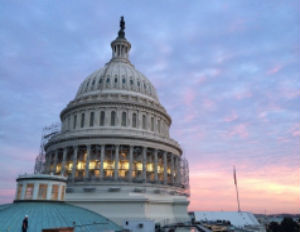 On Thursday, the Senate passed a bipartisan rewrite of ESEA, the Elementary and Secondary Education Act, currently known as No Child Left Behind.

In a striking show of bipartisanship, nearly unheard of since President Barack Obama has been in office, the bill passed 81—17. However, because it lacks accountability provisions the Obama administration and civil and human rights advocates have deemed critical, the bill’s fate is unknown.

[Related: Updating No Child Left Behind]

As it is now, the bill weakens the role of the federal government in states’ education, leaving it up to states to determine if schools are struggling and how to intervene. In light of the fact that, even now, states have widely varying standards for proficiency–what seventh or eighth graders need to know in one state is required of fourth graders in another–it may be understandable that some people think the federal government needs to maintain a degree of influence and control.

Conservative lawmakers hailed the bill as a victory, however, for local control. Sen. Lamar Alexander, a co-author of the bill, was quoted in TheÂ Washington Post: “People closest to the children cherish their childrenâ€ and, presumably, can be trusted to do what’s best for them.

But civil and human rights groups, including the National Urban League, that advocate the educational rights of black, Latino, and Asian American students, among others, say the bill caters to the convenience of adults, not the needs of students. Nancy Zirkin, executive vice president of the Leadership Conference on Civil and Human Rights, called the bill “not acceptable.â€ An amendment to the bill that would have ensured protections for the most vulnerable students–among them those that attend the lowest performing schools–failed to pass the Senate.

In a statement, Education Secretary Arne Duncan said that the bill “falls short … by failing to ensure that parents and children can count on local leaders to take action when students are struggling to learn. … We cannot tolerate continued indifference to the lowest performing schools, achievement gaps that let some students fall behind, or high schools where huge numbers of students never make it to graduation.â€

[WATCH] Celebrities on Broadway this Summer