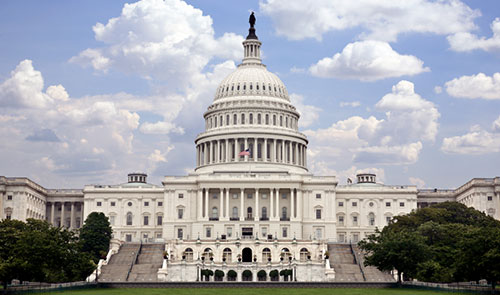 Congress on Wednesday approved a bill that locks in an interest rate for government sponsored student loans at under four percent, a rare but welcome piece of legislation soon to reach the president’s desk.

The House voted 392-31 to ensure nearly 9 million borrowers will pay just 3.86 percent interest on their student loans. There is already widespread approval on the bill, an indication that for all of Congress’s tendency to rankle over policy, the body actually can work together to hammer out important legislation.

“It’s a great victory for taxpayers, because taxpayers won’t be forced to subsidize student loan rates that are arbitrarily set by politicians,” Rep. Luke Messer, the Republican from Indiana’s sixth district, said in a statement. “This, I hope, opens the door to potential compromises on some of the other big issues that we have before us that we have to deal with in the next several months. This proves Washington can work.”

As the Times notes, Congress failed to reach an agreement before the July 1 deadline, imposed by President Obama.

“Failing to act on a compromise before the end of this week would have left legislators heading home for a month-long recess to face constituents already disillusioned over dysfunction and inaction in the Capitol,” the Times wrote. “None wanted to face criticism that they were so inept that they could not protect middle-class families from paying double what they used to pay to borrow money for college.”

The president has chosen to frame the issue as one of the most important to young people just starting out their adult lives.

“The House bill isn’t smart, and it’s not fair,” Obama said back in May, alluding to an earlier version of the piece of legislation he disagreed with. “So, I’m asking young people to make their voices heard once again. We cannot price the middle class out of a college education. We can’t keep saddling young people with more and more debt just as they’re starting out in life.”

MBA Season: How to Make the Most of Your Business School Experience