In Case You Missed It: The Biggest Tear-Jerking Moments of the Week 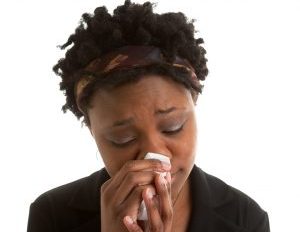 The past week has been filled with moving speeches, sentimental surprises, and emotional goodbyes. But, just in case you didn’t catch it all or want to relive these moments, here’s a roundup of some of the gushiest video clips this week. P.S., You may want to grabÂ a Kleenex!

On Tuesday, President Barack Obama delivered an optimisticÂ farewell address, where he laid out the accomplishments of his administration and warned the nation about the dangers of racism and discrimination. However, aÂ pivotal moment during the speech came when he professed his love and gratitude for his wife, Michelle Obama, with tears in his eyes. Watch below.

Vice President Joe Biden was moved to tears on Thursday when President Obama surprised him with the Presidential Medal of Freedom with distinction at a farewell tribute. The VP was overtaken by emotion by the grand surprise and Obama’s words of praise. Biden also delivered a touching speech of his own, where he talked about his love for his family, late first wife, and his son Beau Biden, who died from brain cancer in 2015 at the age of 46.

On Thursday, ABC celebrated the vast contributions made by African Americans in the arts, culture, and politics during a featured presentation titled Taking the Stage: African American Music and Stories That Changed America. The program included an all-star line-up of performances from Stevie Wonder, Mary J. Blige, and John Legend, in addition to appearances by Will Smith, Jesse Williams, and the Obamas. However, aÂ special tribute toÂ the surviving members of the Tuskegee AirmenÂ broughtÂ everyone to tears. Not only were audience members visiblyÂ moved when the service men walked on stage, butÂ a number of people watching at home expressed their emotion on Twitter, reportsÂ The Atlantic Black Star.

One of the shining moments at this year’s Golden Globes on Sunday occurred when Meryl Streep accepted the Cecil B. DeMille Award. The Oscar-winning actress used the platform to blast President-elect Donald Trump for his crude comments against a disabled journalist. She also stood up for all journalists, in general.

The Reality of What aÂ Trump Presidency Will Mean

In just a few days, Donald Trump will officially become the leader of the free world. However, just in case that wasn’t bad enough, he’s aiming to bring along with him an alarming group ofÂ men who have no government experience or have a track record of racist remarks and tendencies. Watching this montage of clips from all of the confirmation hearings that took place this week is enough to bring anyone to tears.