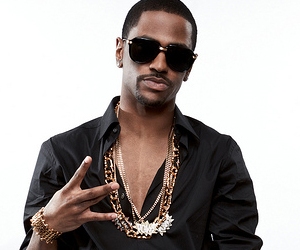 G.O.O.D. Music rapper, Big Sean, has announced that he has launched the Sean Anderson Foundation, which is aimed at assisting school-aged children in Detroit.

“The mission of the Sean Anderson Foundation is to assist in the education, health, safety and well-being of Detroit area school-aged youth,â€ Big Sean told AllHipHop.com

The Sean Anderson Foundation will have its headquarters in Detroit and will be run by Big Sean’s mother, Myra Anderson. Anderson will also be president, and a Board of Directors will be appointed by her and her son, Big Sean.

Read about it on AllHipHop

Burglar Gets Black Eyes and Stitches After Breaking into Home