Big Sean's Guap: 5 Money Lessons You Can Learn From The Detroit MC 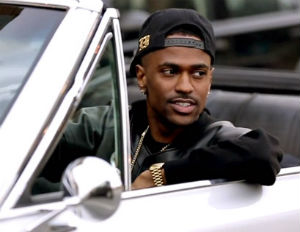 It pretty much goes without saying, but Big Sean had a monster year in 2012. Sean released the critically-acclaimed Detroit mixtape, featuring hits like the Key Wane-produced “Higher,” and “24 Karats of Gold” with J. Cole. He headlined a homecoming show at the Palace of Auburn Hills, earlier this month.

Guap, the first single from the forthcoming album “Hall of Fame, Memoirs of a Detroit Player,” debuted at No. 31 on the Billboard R&B/Hip-Hop Songs chart.

If you listened to Detroit, you know that Sean, “made a mil’ before 25,â€ and that, for all of his apparent success, Sean’s devoted himself to creating opportunities for others around him. He also formed the Sean Anderson Foundation, a non-profit dedicated to encouraging and empowering Detroit’s young people.

Let’s decode his latest single, Guap, which, for the uninitiated, is parlance for money. The song’s produced by fellow Detroit native and wunderkind Key Wane. Check out our profile of him here.

Pay yourself first. With all of the giddiness of a schoolboy who just found a bag of money, Sean squeals: “I’ve been working all … year, I just got my check. I’m ’bout to spend it all on me, I’m worth it!â€ Rappers get a bad rep for spending ungodly amounts of money on bottle service, luxury amenities and the like. That stigma is a bit dated, however; I imagine there are far more artists who are careful spenders, savers with a team looking out for their best financial interests. (Sean has repeatedly said that he bought his mom a house this year.) If you put in the work, it only stands to reason that you should benefit first — especially if you don’t have any dependents.

No days off. “I ain’t even got no time for no time off, and I’m on!â€ Sean’s declaration that he spends the majority of his time working despite having already made it is a lesson for young entrepreneurs out there: If someone who is at the top of their game works incessantly at their craft, what does that say about hard work? There is no replacement for a strong work ethic.

Let resistance motivate you. “They like, ‘Boy, won’t you get your rest on? … ‘Cause I’m up for every hour I was slept on!’â€ You are going to meet up with resistance when you are trying to do anything worthwhile or of consequence. If “hatersâ€ is your preferred term for meeting up with resistance, fine. The point is that you’ve got to learn how to negotiate people’s expectations, and leverage your relationships to finish what you want to accomplish.

Do the hard work, and don’t rely on mysticism, luck, or wishing. This is my favorite line in the entire song: “Never had a palm reading, always had my palms itching time to get it.â€ I seriously don’t have a problem with anyone that plays the lottery, or anyone who prays for financial success. All that simply won’t fulfill you in the way that straight up, honest hard work will. Earning potential is a hypothetical measurement that’s ultimately really based on an individual’s capacity for hard work and sustainable behaviors that will lead to profit in the future. You don’t get there by, as Sean says facetiously in this rap, by going to Miss Cleo, or something, trying to figure out the future. Your financial destiny is there, waiting in the balance. And you are the master of your domain. Time to get it!

Take care of home, and then enjoy the fruits of your labor — however you see fit. “I done paid taxes, paid dues, paid bills my whole life, so I’mma throw money in the air, like I’m tryin’ to pay the sky.â€ The image of a rapper ‘making it rain’ will forever make some people cringe, and that is a good thing. The glorification of wasteful, irresponsible spending should bother people, no matter the state of the economy. Sean’s statement here is a bit tongue-and-cheek, but it sheds light on a basic truth. When you take care of the financial demands of life and the people around you, you really do deserve to enjoy yourself. If throwing money in the air is your thing, knock yourself out.

Kin-Coworker Conflict: How to Manage Working with Family