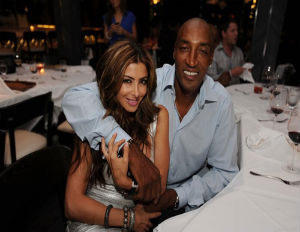 Six-time NBA champion Scottie Pippen wants you to get with “Big Pippen” style. The former Chicago Bull and his wife Larsa are set to star in a new reality show.

According to the press release, “Big Pippen” will showcase the lavish lifestyle of the couple, which apparently includes private jets and big jewels.

Read more about the show on the Urban Daily.

Young & Promising: How to Get Key People to Take You Seriously