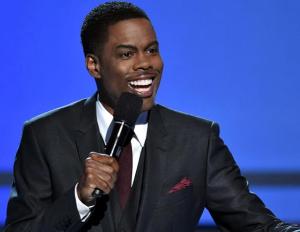 According to The Hollywood Reporter, Paramount may be winning the bidding of Chris Rock’s latest film, Top Five. The movie was screened at the Toronto Film Festival Sept. 6 and has gotten such rave reviews that studios have engaged in a bidding war to acquire the rights to the movie.

Top Five, starring, written and directed by Chris Rock, is about a comedian trying to reinvent himself as a serious actor just as his reality-TV fiancee talks him into broadcasting their wedding on her show. Rosario Dawson, stars as his fiancÃ©e and Adam Sandler, Jerry Seinfeld, and Kevin Hart make cameos.

A deal with Paramount may make the most sense, with ties to producer Scott Rudin, who made the film in concert with financier Barry Diller.