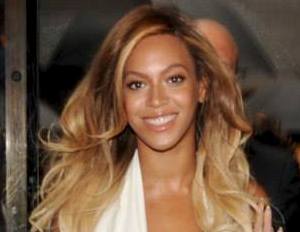 BeyoncÃ© is a true example of a quiet giver.

While many celebrities boast about their philanthropic work on socialÂ  media and in the press, BeyoncÃ© is quietly doing work in the community all while ending a major tour, shutting down award show stages and politely killing the divorce rumors about her family breaking up.

Thanks to herÂ BeyGood charity organization, 2,000 students in the U.S. will receive new school supplies this year. Providing backpacks stuffed with pencils, notebooks, folders and more back-to-school supplies, the entertainer has selected a number of underfunded schools in New York City, Philadelphia, Washington, D.C., and Baltimore to be the recipients of her giveaway.

In addition to having BeyoncÃ©-approved school supplies for the new school year, fans can also purchase special edition backpacks online, with all proceeds benefiting the 2014 Back to School Program.

Both BeyoncÃ© and her husband Jay Z have put forth efforts this summer to support their organizations, BeyGood and the Shawn Carter Foundation, by donating $1 from every ticket purchased from their “On the Run” tour to their charities.

And with the tour raking in more than $100 million, it’s safe to say that both organizations are in good financial standing to give back to the community.

Thinking Inside The Box: 6 Steps to Your Own Subscription Box Company

Three Things to Look for When Checking Your Credit Report