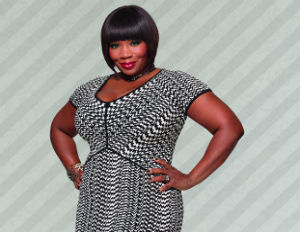 As the creator of the popular networking event series “Dinner with Bevy,” Bevy Smith is a well-known industry power player who prides herself on connecting some of today’s top movers and shakers with one another.

Known for offering her witty and honest opinion on topics pertaining to pop culture and fashion, Smith has appeared as a guest speaker on several major networks including VH1, Access Hollywood, BET, TV One and Bravo just to name a few. With over $87,000 followers on Twitter, it’s clear that this Harlem native has built a brand that’s respected by many.

Coming from years of experience in corporate America, BlackEnterprise.com caught up with Smith to talk about her career switch, how she became her own CEO and how she’s expanding her brand to include co-host of Bravo’s Fashion Queens, whose new season premiers Nov. 9 at 11:30 pm ET.

BlackEnterprise.com: As a successful entrepreneur who once worked years under the direction of someone else, can you talk about your transition from corporate America to being your own CEO and what was the driving factor behind you taking the risk?

Bevy Smith: I refer to myself as the “accidental entrepreneur.” When I resigned from Rolling Stone magazine it wasn’t with the idea to start a business; however, two years after my resignation financial difficulties required that I either take a salaried position or find an independent revenue stream.

When you quit Rolling Stone you were in a senior level position. What advice do you have for mid to senior level professionals who want to make a career change but feel it’s too late?

I believe that mid to senior level executives are in the sweetest spot to change careers. Â If you’ve progressed to management in your career you’ve acquired skill sets, relationships and the confidence needed to revamp your life.

You’re popularly known for your Dinner with Bevy events that bring together some of the industry’s top movers and shakers. What was your inspiration behind starting this series of events and how were you able to turn it into a widely recognized brand?

I created Dinner with Bevy with a desire to fill a gap in the marketplace. Â Urban music artists were selling millions of records, wearing designer fashion but largely ignored by the luxury fashion segment, and I knew I could connect fashion brands with urban stars. Â I’ve managed to build a successful brand by “doing the work”, always ensuring that my guests and clients are equally yoked and being very selective in my approach to press.

Bank of America and Khan Academy Team Up

4 Keys to Sparking Expansion For Your Tech Company