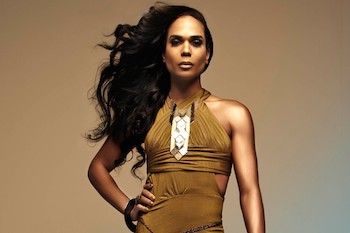 For those not keeping score, BET and B. Scott have been at war for the past year since the former forced the latter to change into men’s clothes during the 2013 BET Awards.

The transgender host decided to take the matter to court and rejected the network’s offer to settle. Now, according to TMZ, the move might have cost the embattled talking head some major bucks. To be succinct, B. Scott could end up having to pay Black Entertainment Television six figures.

Scott’s losing the case left him on the hook for BET’s attorney fees, which according to court documents, totaled $279,000. Originally, BET offered to let him off easy for $15,000, if Scott promised to drop any appeals. Given that he decided to go hard into the courts by rejecting the offer, and filed an appeal, BET is now going after him for the fees—demanding $150,000 at least.

The ever-defiant Scott isn’t going down without a fight, saying to TMZ, “No one will tell me who I should be, how I should present myself, or what I do with my life.”

Suffice to say, a judge will decide what Scott will do with his money.