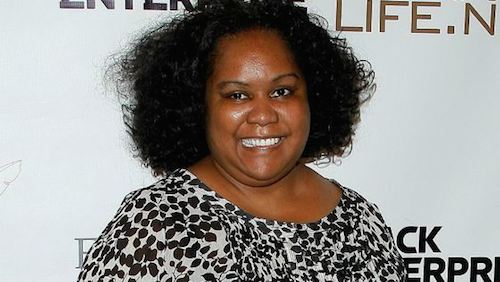 Zane, also known as Kristina Laferne Roberts, is an American bestselling erotica author who is originally from Maryland.

According to the Maryland Comptroller, the Addicted author has been called the state’s “top individual tax cheat,” due to the fact that she owes more than $540,000 in back taxes.

Peter Franchot, who labeled her with such distinction, has noted that the critically acclaimed scribe has $1.4 million in assets, including two homes, against $3.4 million in liabilities. Out of all that $1.4 million is owed to creditors alone. The IRS has been trying to collect back taxes from Roberts since 2003.

Her book, Addicted, has been adapted into a major motion picture starring Sharon Leal, Boris Kodjoe, and Tyson Beckford. During a recent talk show appearance in promotion of the film, Roberts declined to discuss anything going on with her IRS proceedings.

Roberts, a resident of Prince Georges County, has written under the name of Zane since 1997, and has been a certified New York Times bestseller a whopping 26 times.