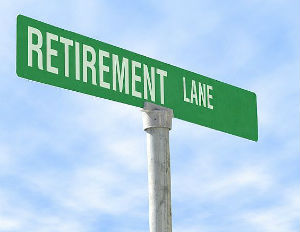 Don’t look now, but the Baby Boomers all over the country are now at retirement age. As much as this very basic fact means for the economy and hot button issues like Social Security, it also means it’s as good a time as any for retirees to be a bit selfish and ask themselves an important question: “Where do I want to live out my Golden Years?”

Access to medical care, cost of living, crime rate and weather are just a few of the factor’s Bankrate analyst Chris Kahn used to analyze what states are the best to live for retirees.

“We really focused on a core set of questions,” said Kahn, “that if you are going to retire, where should you go? What kind of questions should you ask?”

North and South Dakota ranked in the top 10 because of low taxes and good access to medical care. The per capita crime rate is also extremely low. Relatively cold states with high taxes and a high cost of living such as Oregon and Washington State ranked low on the list.

Kahn says you would expect some of the more popular places to be higher on the list. Take Florida, for instance. Sure it has warm weather year-round, but states with high tourist populations tend to have higher taxes and a higher cost of living, bad for retirees who have to live on a fixed income.

“If you’re wanting to retire somewhere, you’re really focused on where you can get the most bang for your buck,” Kahn said.

Kahn says that finding the places with the cheapest groceries, most ease with renting an apartment or buying a house and easy and affordable access to health care are some of the things retirees should be thinking about when they consider places they might settle down.

“The cheaper everything is the more they can spend on things they want to do.”

The factors don’t always outweigh personal factors, such as proximity to family or grandchildren.

“Anyone who is planning on retirement is going to be working around some personal circumstances, but these are answering some of the questions,” he says.

Kahn also says considering another state can free up some options for people at retirement age. With a little research, you never know what you might find attractive, he says.

“A lot of times they challenge your expectations.”

Mike Tyson is Getting Animated On Adult Swim