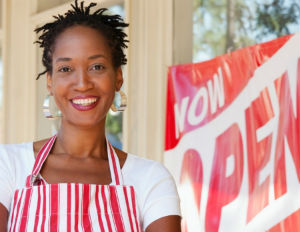 “Almost half the states recognize the dramatic shortage of capital and have created targeted loan programs for black and/or minority businesses,” states Templeton. “Yet only 2% of SBA loans go to African American firms.”Â  The same ratio holds for federally-financed transportation spending and for federal procurement.

#BLACKDOLLARSMATTER gives the administration an incomplete grade for failing to take advantage of the tools provided in Dodd-Frank to monitor the race of business loan applicants or to boost procurement with black firms. A prime objective during August, is encouraging $3.1 billion in deposits to black-owned banks, which could leverage the $30 billion needed in business credit at a minimum by black businesses.

Dozens of African American entrepreneurs with industrial game-changing products are highlighted both in the report and in special pages of Templeton’s online resource, BlackMoney.com.Â  Templeton also announced he’s taking a 10th anniversary Katrina tour through Florida, Alabama, Mississippi, Louisiana, Texas, Arkansas, and Tennessee, to follow up on how Katrina and BP recovery spending is being allocated in the Black Belt.