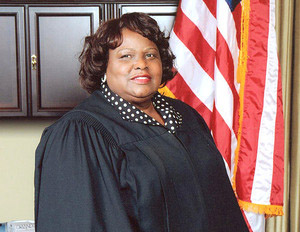 According to reports, the Supreme Court ruled unanimously that Johnson’s seniority and elected service on the high court gave her the right to succeed current Chief JusticeÂ Catherine “Kittyâ€ Kimball next year.

Justice Jeffrey Victory argued that he should be appointed to the position because Johnson’s appointed years should not have counted towards the placement in the position.