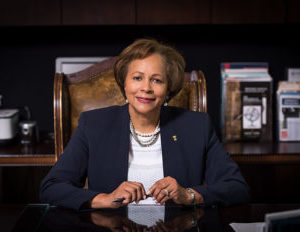 The Bennett College Board of Trustees announced earlier this month the appointment of Phyllis Worthy Dawkins, Ph.D., as Bennett College’s 18th president. Dawkins has been serving as interim president at Bennett since August of last year.

An accomplished leader and administrator, Dawkins previously served as acting president of Cheyney University in Cheyney, Pennsylvania, where she was also provost and senior vice president for academic affairs. She has also worked at Dillard University in New Orleans and Johnson C. Smith University in Charlotte, North Carolina, all historically black colleges.

“The Bennett College Board of Trustees is pleased with Dr. Dawkins’ performance during the period in which she served as interim president,” says Gladys Ashe Robinson, chairwoman and a Democratic senator from Guilford County, in the school’s announcement. “She has developed a genuine relationship with students, faculty, staff, and alumnae and is reaching into the religious, civic, and philanthropic communities to engage them in Bennett’s present and future sustainability. We are confident that Dr. Dawkins, along with the support of trustees, will re-energize, reorganize, and rebrand Bennett for future success.”

“I am extremely honored and humbled by the opportunity to serve as president of such an esteemed institution,” Dawkins is quoted as saying in the announcement. “Bennett College was founded in 1873 and became women’s only in 1926. In the nine decades that Bennett has been one of only two all-women’s HBCUs in the country, she has produced outstanding leaders including the first African American female surgeon in the South, the first African American woman to become a district attorney in North Carolina, and the current Deputy Minority Leader in the State Legislature.

“I have been thoroughly impressed with the students, staff, and faculty of Bennett College since arriving in Greensboro in November 2015,” Dawkins continues. “For years Bennett has been one of the community’s best-kept secrets, but I plan to work in concert with the [Board of Trustees], faculty, staff, students, and alumnae to ensure that the institution’s visibility is raised. I am very grateful to the Board for entrusting me with such an awesome responsibility, and I look forward to working
closely with them to ensure we position Bennett College to continue educating young women for generations to come.” 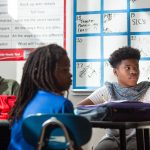 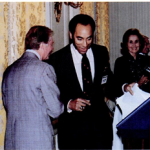 45 Great Moments in Black Business: No. 44—The Summit Held by President Jimmy Carter