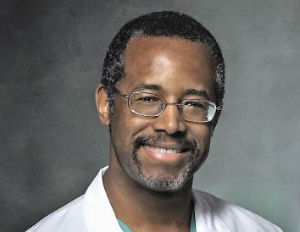 Dr. Benjamin Carson, aÂ neurosurgeon and the director of pediatric neurosurgery atÂ Johns Hopkins Hospital, announced Wednesday that he is withdrawing as graduation speaker at Johns Hopkins University, after students petitioned to have him removed because of his recent comments about gay marriage, Washington Post reports.

“Given all the national media surrounding my statements as to my belief in traditional marriage, I believe it would be in the best interests of the students for me to voluntarily withdraw as your commencement speaker this year,â€ Carson said in an e-mail to the dean of the Johns Hopkins medical school, Paul Rothman. “My presence is likely to distract from the true celebratory nature of the day. Commencement is about the students and their successes, and it is not about me.â€

Carson mentioned bestiality and pedophilia during a TV interview while arguing against gay marriage.

Do you think Carson should have withdrawn?

Chaka Khan to be Inducted Into Apollo Legends Hall of Fame

Melissa Harris-Perry Hits Back at Critics Over New Ad