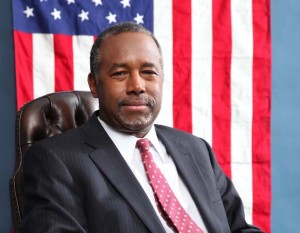 After a dismal Super Tuesday performance, it seems the end has come for the Carson campaign.

In a statement released on Wednesday, Ben Carson announced that, “he does not see a political path forward,” acknowledging his severely diminished chance of securing the Republican nomination.

Carson also confirmed that he would not be joining the remaining four GOP candidates in Detroit for Thursday’s Fox News-hosted GOP debate.

[Related: Can Ben Carson Pull Off An Upset in the Iowa Caucus?]

However, Carson stopped short of completely withdrawing from the race, stating that he would “discuss more about the future of this movement” during an appearance at the Conservative Political Action Conference (CPAC) on Friday.

Campaign Chairman Bob Dees delivered the news to supporters in an emotional email. “No doubt many of you have tears as you read this, just as I tearfully write these words — tearfully because the reality is that our political efforts must come to a close,” Dees wrote.

Although Carson got off to a solid start, even besting Trump in the polls at one point, his campaign was plagued with in-fighting among staff and several highly-publicized departures. These internal tensions, combined with the campaign’s eyebrow-raising spending habits clearly took a toll on Carson’s chance of securing the Republican nomination.

How Your Attitude About Race Affects Your Wallet