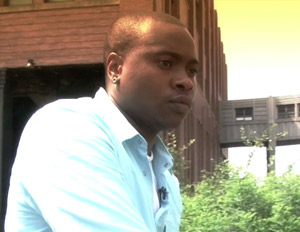 Journalist Tiq Milan gives perspective to the struggles of being transgendered

Some may recognize Tiq Milan from MTV‘s 2007 reality series, I’m From Rolling Stone, where several aspiring writers competed for a chance to win a full-time position with the entertainment magazine. Back then, he still went by his birth name, Tika, and responded to “she.â€ Today, however, the education specialist/HIV prevention counselor and editor-in-chief of IKONS Magazine, a LGBT lifestyle publication, lives life as a transgender man.

As part of BlackEnterprise.com continued coverage of the Black LGBT community, we sat down with Milan to discuss his journey from a womanhood to manhood, the difference between being gay and being transgender, and what impact his transition has had on his career.

Be sure to pick up the July 2011 issue of Black Enterprise on Black & Gay in Corporate America when it hits national newsstands July 19th.

Entrepreneur of the Week: Katrina Harrell Controls the Books