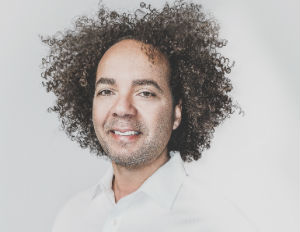 Andre Walker has handled the crowns of many power women, namely the Queen of Talk and billionaire mogul Oprah Winfrey. He’s the only stylist who has shaped and molded her look for more than two decades, from television to her hit magazine where she’s the cover girl month after month. His work has also appeared in numerous fashion magazines and he’s worked with top female leaders in entertainment and politics including Halle Berry, Michelle Obama, and Barbara Bush. The Emmy Award winner, like any other icon whose career has seen more than 30 years of success, hasn’t stopped there having recently launched a hair product line for stylistas and men with curly, kinky hair, made affordably available to the masses via Target.

BlackEnterprise.com recently caught up with the busy beautypreneur on the heels of launching the Andre Walker Hair product line to talk about his strong relationship with Winfrey, taking care of the business side of hair, and how up-and-coming innovators can ensure they make their mark on the industry that withstands the test of time:

On chance meeting with Oprah:
I would watch her show in Chicago every morning before I would go to work because I thought she was fantastic … This was before her show was nationally syndicated. One day I decided I would send her flowers with a note saying, ‘I’m dying to get my hands in your hair.’ I truly wanted to meet her and do her hair. Sure enough, the next day, her assistant called me. I went to meet her and she told me I wasn’t a stranger to her because she’d been asking around Chicago for stylists and my name kept coming up. She’d also ask women she’d see with great hair in department stores and asked who did their hair. My name kept coming up over and over.

On how technology and social media have changed the beauty and hair business:
Technology can’t do your hair—but really, I don’t think anything has changed with the relationship between a stylist and his or her client. Those roles have remained the same. You still have to be professional, likable, and be able to relate well with people. Things that have changed are that we have better products due to technology and more efficient ways to run our businesses. Social media allows you to reach more people and really connect with current clients or talent, as well as attract new relationships. But nothing trumps that personal relationship.

On business practices and professionalism among hairstylists and salon owners:
Schools now are teaching cosmetology students business development and practices. We’re also learning that the client is savvy and will not tolerate unprofessional behavior when it comes to business. There are now so many stylists and professionals who can do the job and do it well. Clients have more choices.

You can’t afford to have people sitting waiting in a salon all day or to be doing things in the salon that are not professional. Successful stylists know this. It’s part of the times. When I worked at a salon, I made sure I had an assistant that made sure I stayed on schedule and helped organize my client flow.

You have to have a team around you that can help with that; provide the best experience for your clients—a professional experience that keeps them coming back.

On starting his latest product line and working with Target:
My longtime friend [product line co-creator] Dianne Hudson, who used to be the executive producer from the Oprah Winfrey Show, had retired. We’d always talk about hair and she knew just as much about hair as I did. She just loved hair, fashion, and beauty. Very smart about it. She called me and had an idea for a product and asked if I’d help her with launching it. And that’s how it started. The early product was called Hair Makeup, which is one of the products we launched and discontinued, but will be part of the current line at a later date.

Everything in the line is formulated for people with course, kinky, curly hair or wavy hair. And those hair types need one thing in particular: moisture. My products contain Mongongo oil, and the line contains shampoos, conditioners and stylers to moisturize, define curls, and even for blowouts.

On advice for budding beauty entrepreneurs to attract top clients and see career success:
If you love it and you’re willing to do your best, money is going to come after that. People will find you based on the passion you have and the work you put out there. That’s what makes a successful hairstylist. The ones who are unsuccessful are those who are in it just because they want to be a celebrity hairstylist, because they think just of the glamour factor. You have to be good and love what you’re doing, otherwise, you’re not going to be great at it.

Also, be professional. Just because you’re great at what you do doesn’t mean you can treat people any kind of way. Once you treat people with respect, you’re timely, you’re courteous and you’re fair, they’ll keep coming back.

Derrick and Marlow Daniels: Leaving a Legacy of Love and Financial Security for Their Children