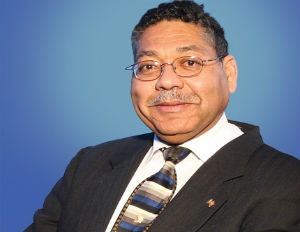 According to reports, William G. Mays died Dec. 4—on his 69th birthday—in Indianapolis. The cause of death is unknown.

The “King of Chemicals” was one of Indiana’s most successful businessmen and is the founder and CEO of Mays Chemical Co., which he started in 1980.

The company rapidly expanded as one of the largest distributors of chemicals and raw materials, and today, is No. 16 on the Black Enterprise Industrial/Service Companies list with $191.5 million in revenues this year.

[VIDEO BELOW]: William Mays’ Legacy as a Business Titan

Along with his contributions and work in preserving one of the most historic newspapers, Mays was also named one of the 40 Black Enterprise Business Titans and his company was part of the elite BE 100s list.

After the news of his death broke, President of the Recorder Shannon Williams stated, “The entire state of Indiana is a little less great because Bill Mays is no longer with us. There are very few people who are as transparent, supportive and business-savvy as he was which makes his death even more difficult. I am grateful he had the insight and passion to purchase the Indianapolis Recorder Newspaper at a time when it was at its most vulnerable. His efforts helped to preserve the history of African Americans in Indiana. The entire Recorder family mourns his passing while also celebrating his lasting legacy.â€

Mays has inspired many great business leaders including Leon Richardson, CEO of the 2014 Black Enterprise Industrial/Service Company of the Year, ChemicoMays. Richardson launched Chemico Systems and formed a partnership with Mays in his early days of entrepreneurship, having known him for several years. Their business arrangement helped pave the way for an alliance. “Bill Mays and I developed a great relationship as a result of a customer—supplier relationship,” Richardson told Black Enterprise in a 2011 interview. “I saw the opportunity to expand using their infrastructure and backbone and our technical competence and efficiencies. Putting these two companies together, it was just a natural extension. Mays Chemical is a distributor, Chemico Systems is a manufacturer, and ChemicoMays is a management provider.â€

Mays, an Evansville, Indiana native, had many accomplishments throughout his life, such as being the first African American chairman for the Great Indianapolis Chamber of Commerce along with being a Black Enterprise A.G. Gaston Award honoree.

He is survived by his wife Rose Mays, Ph.D., his two daughters Kristin and Heather, and the student body at Indiana University’s nursing school. The BE Titan dedicated his life helping voice the thoughts of those who could not be heard. His influence exceeds far beyond his students and family, and his legacy will live on forever.