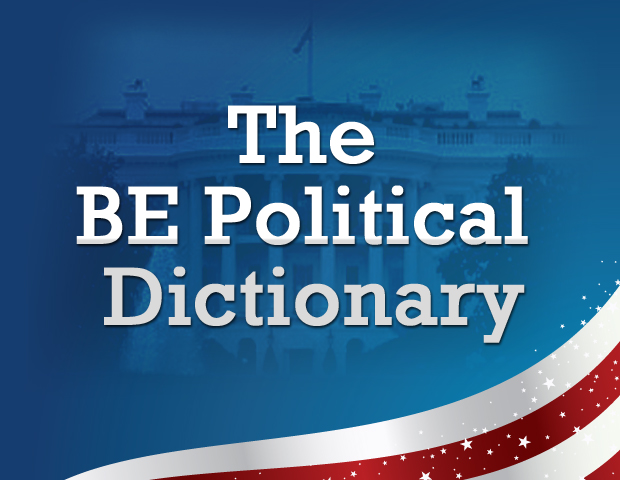 Our political process is dense, complicated, and often extremely confusing. To help you navigate the complexities of Election 2016, BE Politics is launching The BE Political Dictionary. We’ll be providing explanations of need-to-know political terms and explaining how they relate to our community.

In honor of the Iowa Caucus today, our first entry is “Caucus.”

Both caucuses and primaries decide how many delegates are awarded to the various presidential candidates at each party’s convention. But a caucus is significantly different from a primary.

A caucus is a public gathering organized by either state or political party officials. The caucus state is divided up into precincts, and each precinct has a designated location for it’s caucus — usually a school, library, or church. Caucus-goers must physically convene at this location in order to cast their vote. Caucuses usually have significantly lower turnout rates when compared to primaries, most likely due to the lengthiness of the process. Unlike a primary, caucuses-goers must stay for the entire duration of the caucus.

Caucuses are unique in that voters can actually register at the actual caucus location, right before they cast their vote for a candidate. With primaries, voters have a deadline to register to vote, or switch parties. If voters miss this deadline, they cannot vote, or are locked into voting within the party they are registered for. But for a caucus, if a registered Democrat changes his mind on caucus day, he/she can go toÂ  a Republican caucus and vote for a Republican presidential nominee.

As if figuring out the difference between a caucus and a primary wasn’t confusing enough, there are also marked differences in the way each party operates it’s caucus.

At a Republican caucus, supporters and voters make speeches in favor of the candidate they will be caucusing for. This part of the night is critical for the many caucus-goers who arrive undecided. After the speeches, the “presidential preference poll” is held, which basically means that the caucus-goers will indicate their preferred presidential nominee on a ballot. It seems simple, but caucuses can sometimes last for hours, and caucus-goers must be present for entire duration.

The Democrats do things a little differently. Speeches are also made in favor of each candidate, but instead of the secret-ballots of Republican caucuses, Democratic caucus-goers vote in public.

At Democratic caucuses, voters divide themselves into groups based on which candidate they are supporting. Each caucus-goer must physically stand with their group in order to vote. Each group must have enough caucus voters to make their candidate “viable.” This means that each group must have at least 15% of the total attendees at their precinct’s caucus. If a candidate’s group cannot pass this threshold, party officials will disperse the group and give them the option to join another candidate’s group. Once all caucus-goers have been sorted into groups, the candidate with the largest group is declared the winner.

The Iowa caucus is the first election held in the presidential election process. The results of this caucus are usually held as an indication of how the rest of the primary season will play out. A prime example is then-Senator Barack Obama’s stunning 2008 victory in the Iowa caucus, which all-but solidified his nomination as the Democratic presidential candidate.

But it’s important to note the demographics of Iowa caucus-goers, 92% of which are white. The fact that this caucus is given so much weight in the election process should give black voters pause, since we areÂ  grossly underrepresented.

SAG Awards: Diversity is All the Buzz