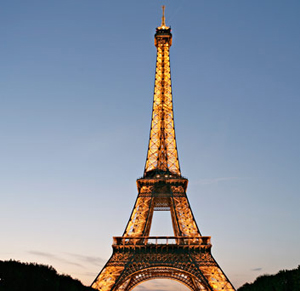 On Nov. 4, 2015 in Berlin, the Council on International Educational Exchange; in partnership with the Penn Center for Minority Serving Institutions, held a one-day workshop on expanding opportunities for students of color in global education.

Several presidents of colleges that primarily serve students of color, including leaders from historically black colleges such as Howard, Morgan State, and Grambling, attended the meeting to learn about lowering barriers to studying abroad. Nine days later, Islamic extremists coordinated attacks in Paris that killed 130 people and wounded nearly 400. Yet, Maritheresa Frain, Ph.D., executive vice president, Study Abroad at CIEE, says, “If international education was important before the attacks in Paris, it’s 100 times more important after those acts.â€

Only 9% of American students study abroad during their college years–of those, 75% are white; only 5.3% identify as black or African American. Yet, many experts agree that international exposure is important in light of our shrinking global community; not just for personal growth, but also for marketability to prospective employers.

BlackEnterprise.comÂ spoke with both Frain and Mary Beth Gasman, Ph.D., a professor in the Graduate School of Education at the University of Pennsylvania, who also directs the Penn Center for Minority Serving Institutions, to discuss their perspective on the importance of international study. We also discussed ways that CIEE, which works with institutions to provide opportunities to study internationally, has implemented safety protocols for its students abroad.

BlackEnterprise.com:Â In light of the attacks in Paris, Nigeria, and other places, is it still important to study abroad, and if so, why?
Gasman: I work with several minority-serving institutions, and studying abroad completely transforms the lives of their students–it gets them out of their small world and helps them to see their place in a larger society. In some cases it’s one of the reasons that people become more understanding. They understand that they can’t make assumptions about others; they can’t blame all Muslims for what one sect might have done. They learn to be open to different ethnic and racial groups. African American students probably feel just as much danger here in the U.S. We just had two big conversations about race here at Penn–and some black students are afraid here in our own country. I don’t think the recent attacks in Paris and other places will be a discouraging factor for students of color.

Is the media part of the problem?
I definitely feel that the media is part of it. As someone who travels abroad a lot, when I watch the news in other countries, I see that the American news is pretty sensationalized. I’m not saying that there aren’t things to be fearful of, but I am saying that sometimes things are blown out of proportion here.

In South Africa, there were a lot of protests going on over student fees, but CNN had completely blown it out of proportion. When we got there we found out that it was a very, very different kind of situation taking place. So things are sensationalized. That’s not to say that these things aren’t horrible–they are, but I think we need to keep in mind [the violence in our own country]. If you look at the number of shootings that happened in the U.S. over the past five to eight years, there are probably people who are afraid to come to the U.S. 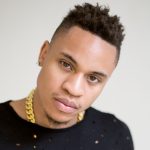