Negative news from the housing market and the employment front, along with a stagnant U.S. economy, have prevented the financial markets from any sustainable gains and have economists forecasting a double-dip recession on the horizon. James Reynolds, Jr. founder, chairman, and CEO of Chicago-based Loop Capital Markets (No. 1 on the BE Investment Banks list with $2.248 billion in lead issues) and a frequent contributor on CNBC and other business programs, spoke with Black Enterprise Editorial Director Alan Hughes about his outlook for the U.S. economy. Here’s what he had to say:

BLACK ENTERPRISE: Where do you see us in the economy right now, and what time should we look for signals that we’ve finally turned the corner?
REYNOLDS: Every market participant now has to be concerned or at least is aware of the possibility of a double dip recession. You know, a couple of things have to be present before we start to come out of this. Number one–we have to see some progress in private sector employment. We have not seen any sign that would give us hope that that’s happening. I talk to a lot of CEOs, CFOs, and treasurers, and none plan on any wholesale hiring in the future. None.

And you can’t have any economic growth if companies aren’t hiring.
No.Â  The other thing I think we have to begin to look at–in addition to a job and probably the second most important thing for most people–is some stability in the housing market.Â  And you saw new home sales slip, existing home sales slip, and there continues to be a deterioration in the value of homes. There’s no stability yet.Â  And so, I think if you don’t get something there, something positive on either of those two, I don’t see us getting on solid ground any time soon.

The market is certainly reflecting it.Â  When those housing numbers came out, the stock market was hit hard.
Exactly.Â  Everybody ran to the safety of treasuries and the stock market took it on the chin and has continued to. And gold is hitting new highs, which, as you know, is an investment of fear. I just don’t see us coming out of this any time soon.Â  We just haven’t seen it. And so I don’t see it either.Â  So, yeah, the likelihood of a double-dip to me is very likely, very likely.

Hopefully, the second dip won’t be as bad as this last one; because it spelled disaster for a lot of businesses.
I don’t know if we could take it, and I think the Fed has used up so much of their ammunition, they don’t have a whole lot more gas in the tank.Â  If we get this change in Congress–like we anticipate in November, this election cycle–I don’t think you’ll see any more big stimulus or TARP funds, or the government going deeper in the hole to try to bail us out. 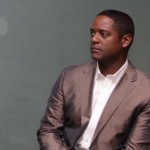 Shopping Insider: What to Know Before Spending for Charity