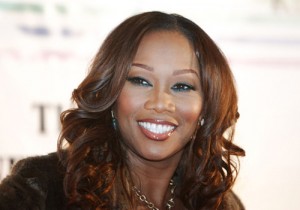 Yolanda Adams has touched the lives of many with her angelic voice and inspirational songs. Now, the Grammy Award-winning artist, whose latest album, Becoming, was released in the spring, has been called to a new assignment–using her voice to spread awareness. Adams has teamed up with pharmaceutical giant Novartis for its Believe in Healthy BP tour. The tour focuses on high blood pressure and provides free blood pressure screenings, educational materials, and an interactive exhibit that features an oversized simulated blood vessel that people can walk through. Adams, 50, spoke to Black Enterprise about why the health and lifestyle tour, now in its second year, is more important than any other tour she’s done. She also told us a little about herÂ  new business venture.

What inspired you to collaborate with the Believe in Healthy BP Tour?
A couple of years ago my mom died of colon cancer. She had great insurance. She had wealthy kids. She had everything. But the one thing that stopped her was fear. She feared that something was wrong but didn’t go to the doctor until it was too late. I did not want my mom’s legacy as a great mom, a great teacher, and a great humanitarian to go by the wayside, so we decided to begin a campaign.

Forty percent is a high number. What makes African Americans so vulnerable?
A lot of people don’t have the finances to make sure they’re living an optimal life; they can’t afford to go to a physician or a clinic and get a blood pressure screening. Free health screenings always help the African American community. Sometimes the condition is hereditary, in other cases it’s how we prepare our food–we really haven’t been able to establish why African Americans seem to be more vulnerable. But people can take steps to control it, such as early detection, walking 10 minutes a day, and adding two extra glasses of water to your daily diet.

In the News: Venus Pulls Out of Open; Beyonce’s Baby Bump Sets Twitter Record and More