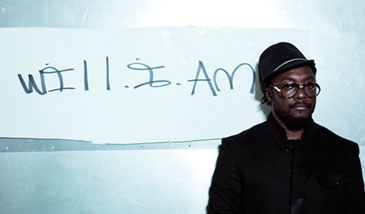 Since the popular hip-hop group Black Eyed Peas stepped onto the world stage in 2003, the group’s front man, will.i.am, has garnered a lot of visibility on the political front. This past February, will.i.am released a wildly popular video on YouTube inspired by Democratic presidential candidate Sen. Barack Obama’s speech following the 2008 New Hampshire primary. It’s an artful, black-and-white video clip called “Yes We Can,” where an all-star cast of musicians and actors sing lyrics taken from portions of Obama’s speech. (Obama’s campaign reportedly had no involvement in its production.)

Shortly before will.i.am flew to Australia to begin shooting for his acting debut in the upcoming film X-Men Origins: Wolverine, he sat down with Ed Gordon, host of Our World with Black Enterprise, to discuss his music and his politics (or social consciousness as he puts it).

How has the positive feedback from the “Yes We Can” video made you feel?

I remember two days after it got up on the Net, I was in Phoenix at the Super Bowl, and a friend of mine was sending me responses from people talking about the video and it choked me up. I got all teary-eyed that people were moved by it. It’s overwhelming. It’s a beautiful thing, “Yes We Can” — the speech and the song.

Enough is Enough Part 1B