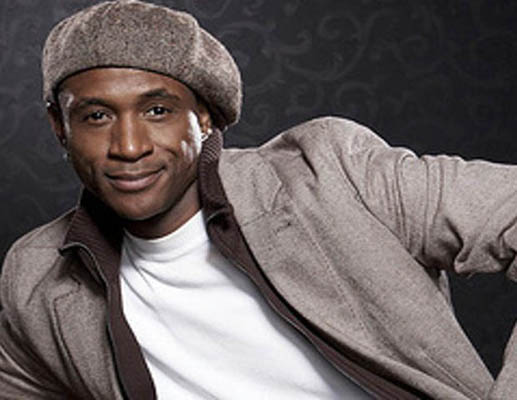 Tommy Davidson charmed us in the early 1990s as one of the original cast members on the hit show In Living Color. That opened the door to his appearance in a string of movies, including Strictly Business, CB4, Ace Ventura: When Nature Calls, and Bamboozled, as well as animated voiceovers. (He’s the voice of Oscar Proud on the hugely successful Disney series The Proud Family.)

Today, Davidson, 42, runs his own production company. Adopted by a white family when he was 2 years old, Davidson volunteers his time helping children get into positive environments. As a volunteer national chair for the Harlem Dowling West Side Center for Children and Family Services, Davidson acknowledges the importance of family love in a child’s early development. BLACK ENTERPRISE caught up with him just before one of his standup performances in California.

Is it because of your own childhood that you support adoption organizations around the country?
After looking at my life, I knew the outcome of the individual has to do with the setup in their formative years. If a child is raised in an atmosphere where crime is OK, then they’re going to grow up to commit crimes. But that doesn’t make them a criminal. I just can’t see a toddler having the thought process that says, ‘I’m going to take something from someone.’ It’s an innate part of nature, a part of our survival. You have to teach that out of a child. If sharing isn’t taught, and on top of that, if the environment doesn’t support it and encourage it through action and dialogue, then it’s hard to keep that person out of jail. And that is one of the main contributing factors to the amount of African Americans in jail.

Part of our work at the magazine is to reach out to young black men in an effort to prevent that outcome.
It’s not really an African man’s isolated problem. It doesn’t exist in a vacuum. The whole jail system and this capitalistic system are set up to support people who serve the ruling class. There is a whole control structure under that.
One isolated example of that is to cut the black community off from any way to make money but to steal. It’s almost like taking the microcosm of the plantation scenario. I was watching Slave Dialogue: Letters by Former Slaves and one of the former slaves wrote, “I knew it was wrong to steal, but we were hungry, so we had to steal to eat.” If American society chokes off a branch of its community so that the only way for them to survive is to steal, and then on top of that gives them a stereotype that they’re all thieves, then you never have to look at the source of the problem because you’re always going to be focused on the scapegoat.

So you’ve found that the problem is rooted in our history?
One of my passions is Pan-Africanism and the pursuit of the African purpose in the world. The African history