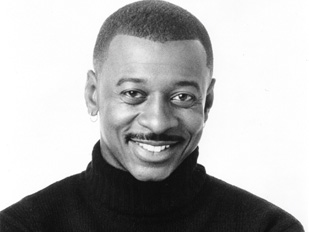 Robert Townsend broke into acting more than 30 years ago, but branched
into writing, directing, and producing. His latest film, In the Hive premiered at the American Black Film Festival and was screened at this year’s Black Enterprise/Pepsi Golf & Tennis Challenge. In 2009, he ventured into the digital world with Diary of a Single Mom, a Web series (http://pic.tv/singlemom) that made the leap to television in a one-hour special on TV One in October. Townsend made room in his schedule to talk to black enterprise about education, blacks in film, and his meeting with “Mona Lisa.â€

In the Hive is based on a true story about the Hive, an alternative school for troubled teenage boys founded by One Economy Corp., a technology nonprofit. What do you think we can do to steer children with violent and criminal backgrounds from trouble?
The real question is once kids are exposed to the different elements of the world, do we throw them away, or is there a way to give them a second chance? I think In the Hive is about second chances and how [Executive Director] Vivian Saunders was able to encourage and inspire these boys based on technology. One of the themes is what do you do with at-risk youth. A lot of times they don’t have parents or the parents don’t know how to be parents. Then the teachers have to do everything. Television influences [the youth], music influences them, the gangs influence them, and so the film opens up a big can of worms and offers some answers.

You work directly with inner-city youth when you’re not filming.
Well, I come out of the West Side of Chicago, a really rough neighborhood. My mother raised four kids on her own, so I have a real sweet spot for kids who are like me. I think that sometimes their worlds can look very bleak and they have no hope. If all they see is poverty and all they see is gang-banging and drugs and the dark side and there’s no light or upside, they won’t dream the other way.

Curators of the Night

To Sue or Not To Sue? What Kim Kardashian Can Teach You About Filing a Lawsuit