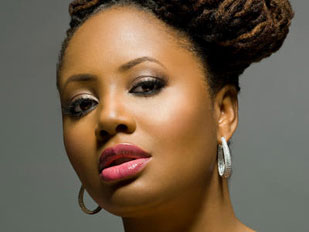 Contemporary R&B vocalist Lalah Hathaway has created a catalog of music that spans more than two decades. Where It All Begins is her sixth album and the second for Stax Records. A trained pianist and graduate of the Berklee College of Music, Hathaway’s self-titled debut album was released in 1990. Still, the 42-year-old Grammy-nominated songstress is recalled as the daughter of late soul legend Donny Hathaway. In the works is a logo deal with Stax to brand the Hathaway name, which since the ’70s has stood for “grace and excellence,â€ she asserts. black enterprise talked to Hathaway about her album, breast cancer advocacy, and her love for technology.

How did you become an advocate for breast cancer awareness?
I was an ambassador for Susan G. Komen’s Circle of Promise. At that time I had more than a few girlfriends who were dealing with breast cancer issues. The number of African American women diagnosed with breast cancer is rising at an alarming rate. African American women are the last to be diagnosed and the first to die. What I really do is talk to women about breast cancer. It is an important dialogue that so many women are afraid to have. I talk to them about it at my shows and encourage them to tell others to check their breasts. I believe in each one, teach one.

Why did you wait until now to do a remake of one of your father’s songs?
People kept asking me to do [a duets album] like the Natalie Cole record. I didn’t want to do that. I wanted to find my own way to honor my father. I wanted to make sure I was ready to do it and that the conditions were right. I picked this song (“You Were Meant for Meâ€) because of the tempo, hue, and color. It really fits perfectly with this body of work.

What was the inspiration behind this album?
After 21 years in the game, I feel like I am still on the cusp, like I am still just cresting the top of the hill in terms of my artistry. I had dreams at 17 of playing Carnegie Hall and the [IZOD Center]. I had almost given up hope, putting those dreams away. Then Prince called and asked me to open up for him during his [2010 Welcome 2 America Tour] concert at the Meadowlands arena. That re-energized me. Now I’m back at the beginning.

Your Twitter bio describes you as a supreme gadget girl. Are you a tech-savvy diva?
I have embraced technology since 1998 when I first got my website, LalahHathaway.com. I am really into computers and gadgets like the iPhone and iPad. I am very adept at social media; it is very intuitive for me. I like to talk to and engage with my fans–social media is a great way for me to do that (on Twitter @LalahHathaway). What I like about the music industry today is that it is such an open field because of the technology. Independent artists can do the same things major labels are doing to get their music out here for people to hear. Everyone has a shot.

You Canâ€™t Predict the Future