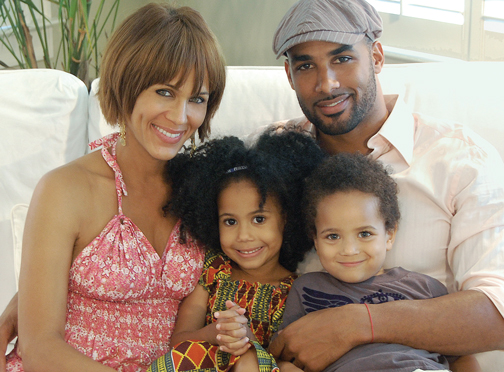 Audiences fell in love with Boris Kodjoe and Nicole Ari Parker when the actors first appeared on Showtime’s hit television series Soul Food, which aired from 2000 to 2004. Kodjoe, the Austrian-born model turned actor, and Parker, also a former model, were nominated for NAACP Image Awards in the outstanding actor and actress categories between 2001 and 2005. In 2004, Parker and Kodjoe starred together as a newly remarried couple in UPN’s sitcom Second Time Around. The next year life imitated art when they exchanged vows in Germany two months after the birth of their first child, Sophie. About a year and a half later their son, Nicolas, joined them.

Sadly, the joy of starting a family was eclipsed early when the couple learned that Sophie was born with spina bifida, a serious birth defect that can cause mild to severe nerve damage, paralysis, and incontinence. After the diagnosis, the couple put their careers on hold as they struggled to learn about the condition. This process led them to launch Sophie’s Voice Foundation in 2008. The foundation’s firstÂ  goal is to raise $1.8 million so that 20 children chosen by a random drawing can participate in a surgical clinical trial, which they hope will correct incontinence for children with the condition.

In an interview with Black Enterprise, the couple shared how their daughter’s condition has changed their lives, taught them endurance, and inspired them to help other families.