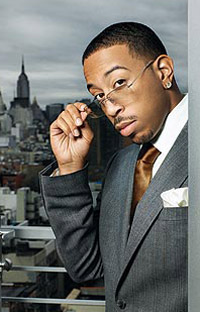 Chris “Ludacris” Bridges has evolved from rapper to philanthropist to social activist. He met with Sen. Barack Obama last November to discuss a solution to the AIDS epidemic. Soon after this meeting, Bridges and YouthAIDS embarked on the “Kick Me” campaign to raise awareness about the AIDS crisis among teenagers.

Recently, he partnered with the National Runaway Switchboard and the National Network for Youth to assist in efforts to keep young people safe. Approximately 2 million young people run away from home annually. Each year, as workers for the National Runaway Switchboard field more than 100,000 calls, lives literally hang on the line. We spoke with the two-time Grammy Award winner to discuss his latest efforts and the source of his passion for finding America’s lost children.

Why did you partner with the National Runaway Switchboard?
I [recorded] a song with Mary J. Blige called “Runaway Love.” After I did that song, I felt that I needed to help solve this problem.

How many runaways have been assisted through this partnership?
I know that before I helped, it was in the thousands. I don’t know the exact number, but after I partnered with them, there was definitely a significant spike in calls.

You said that the runaway crisis is your problem as well asthe nation’s problem. How?
I have a 5-year-old daughter. So I feel like it’s my problem. With so many people running away, everybody knows somebody who has been affected. It could be someone that you know; it could be a friend or a family member. It’s your problem if you love somebody who you know has run away or has the potential to do so.

Why do so many young people run away from home?
A lot of it has to do with family dynamics such as divorce, remarriage, and problems with siblings. Abuse is definitely another thing. It could be substance, physical, or sexual. Or it could be neglect. Sometimes young people are put in situations where they don’t know how to cope. So, the next best thing they know how to do is run from their problems. It’s important to realize that not all of them are bad kids. They’re just good kids running from bad situations.

What are some of the warning signs?
Some of the signals are changes in behavior or in daily patterns. Maybe the kid stops eating or they overeat. They either sleep all day or never sleep. They might spend all their time with friends, have mood swings, rebellious behavior, a drop in grades. They might break the rules and fight with siblings.

How can we stop teens from running away?
Talk to them. Offer encouragement and just listen to their problems. Sometimes kids run away because they