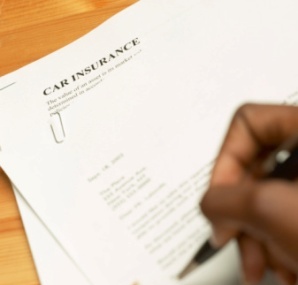 Auto insurance coverage can be costly. The average annual expenditure for auto insurance came to $785 in 2009 (the most recent data available), but premiums can sometimes cost thousands. That same year, the highest average expenditure, in Washington, D.C., came to $1,128, according to the National Association of Insurance Commissioners.

You’ve probably heard the myths out there about what lowers insurance premiums and what doesn’t. Here’s the truth about four auto insurance myths.

Myth: Red cars cost more to insure.
Reality: There is no evidence that this is true, according to Loretta Worters, vice president of communications at the Insurance Information Institute. “The type of vehicle one drives will determine rates, including the make, model, engine, size, and year. Is it popular with thieves? Is it more costly to repair? Does it have a good safety record? That’s what insurers

look at,â€ she says. Your best bet is to purchase a family car. Sports cars usually result in higher rates because those owners tend to drive faster. Family cars cost less to insure because they often attract drivers who are more careful. Family cars are also less expensive to repair (The National Highway Traffic Safety Administration ranks cars by their post-accident repair bills). According to Insure.com, the average insurance premium on a 2012 sports car is $1,776 annually, compared with $1,317 on a 2012 family sedan. For more information on vehicle risk levels, visit the website for the Insurance Institute for Highway Safety.

Myth: Loyalty always pays off.
Reality: In fact, being a loyal customer can result in missing out on deals.Â  J. D. Power’s 2011 National Auto Insurance Study reveals that only 13% of customers switched carriers over the past 12 months. Though a 3% increase from 2010, this still means that most people aren’t shopping around. In addition to seeking out other carriers, you can hold down costs by seeking higher deductibles, reducing coverage on older cars, and making sure your home and car policies are held by the same carrier.