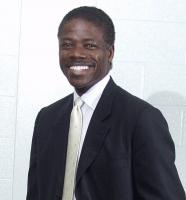 For Henry A. Ware, Jr, CEO of Southaven Pontiac Buick GMC Inc. (No. 65 on the BE Auto Dealers list with $40.329 million in sales), May 11 could be the date that determines the fate of his business — and the livelihood of his 52 employees. General Motors is expected to mail letters on that date to the nearly 3,000 dealerships the automaker plans to phase out in an event that could be catastrophic for the black-owned automotive dealers.

Making matters worse, Pontiac — the auto line to be discontinued by GM — represented 20% of Southaven’s sales year to date, the second blow of the one-two punch resulting from perhaps the worst ever business climate for this industry. Ware knew the Pontiac line was in trouble but didn’t expect it to go away. “In the previous viability plan it was to become a smaller version of itself — a niche brand, which means it would have fewer offerings, but more specific offerings,â€ Ware says. “I knew we had to strengthen the business in other areas since there would be fewer products for customers.â€

As part of GM’s restructuring efforts the automaker announced that it would focus on its four core brands in the U.S.: Chevrolet, Cadillac, Buick, and GMC. This would lead to reduction in the number of GM dealers from 6,246 in 2008 to 3,605 by the end of nextÂ  year and Ware is among hundreds of black auto dealership owners who were impacted by that decision.

“It’s very discouraging to us here. More than half of the minority dealer network has Pontiac as a franchise,â€ says Marjorie Staten, executive director, General Motors Minority Dealers Association (GMMDA). “We will suspect that minority dealers will be greatly affected. We have no indication as to what the [dealers] fate will be. We’re all sitting on the edge of our seats, our heads hanging low worried that the keys will be taken from us tomorrow.â€ According to Staten, nearly half of the GMMDA’s 300 members are deciding to go out of business because they can’t get working capital.

Staten points out that GM’s plan is to shut down the less profitable dealerships in less than ideal locations that may not be as new and modern as others. These dealerships, she says, are predominantly minority owned. “Many of our dealers aren’t in the cities, we’re on the outskirts. We’re not in the major metropolitan areas that they probably want to continue on with,â€ she says. “And because of the downturn in the industry over the last few years, many of our dealers have not been granted the money or given the opportunity to build a better facility. So we’re very concerned.â€

Staten says that she expects the current 3% minority dealer representation of all dealerships in the U.S. will decrease to 1% in the next 30-90 days as GM decides upon which dealers they will no longer maintain a business relationship with coupled with the brand eliminations it has already confirmed.Â  “In short, our dealers are on the verge of extinction as evidenced by the dismal number of 70 African-American owned GM dealerships remaining in business today.â€

Get Schooled On Thriving in Hard Times