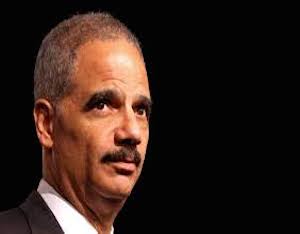 According to NPR, the nation’s first African American attorney general will concede his position after “personally discussing his plans with President Obama.” After nearly six years as one of Obama’s longest serving members of the cabinet, Holder’s resignation marks a tumultuous tenure marked by civil rights advances, national security threats, reforms to the criminal justice system, and multiple fights with Republicans in Congress.

The 63-year-old intends to leave the Justice Department as soon as his successor is confirmed, a process that could run through the end of this year into the next. According to a former U.S. government official who spoke on condition of anonymity, Holder has been increasingly “adamant” about his desire to leave in hopes of not being locked in to stay for President Obama’s second term.

Previously, Holder worked as a corruption prosecutor and as deputy attorney general–the second in command–during the Clinton administration. His hour-long conversation with President Obama at the White House residence during Labor Day weekend was said to be the turning point in Holder’s decision to step down from the post.

“At a formal announcement later today, the attorney general plans to express his personal gratitude to the president for the opportunity to serve in his administration and to lead the Justice Department, which he will call the ‘greatest honor of my professional life.’ He will note he has loved the Justice Department since, when he was a boy, he watched how, under Attorney General Kennedy, the department played a leadership role in advancing the civil rights movement. During his tenure as attorney general, Holder has had Attorney General Kennedy’s portrait in his conference room,” a White House official reported.

Earlier this year, Holder hinted that he was coming to the end of his tenure. In an interview with ABC News, he said, “I think by the time I get to the end of this year, that’ll be a time for me to make a decision about whether I want to continue in my service as attorney general.”

Black Enterprise will continue to follow this story as it develops.

Jameel Spencer: Defining the Brand When It Matters