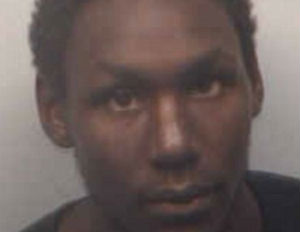 Young Mob was a subset of Atlanta’s Goodfellas street gang, and they live by the motto “you stay in until you die,â€ reports NewsOne.com. “So once someone becomes a member, they are forced to make a lifelong commitment and their only ticket out is death.â€

U.S. Marshal Eric Heinz told My Fox Atlanta, Childs told his Young Mob members, “Hey, look, I want to go straight, be law-abiding,â€ but that went against everything the crew stood for, so saying goodbye [alive] wasn’t an option. After 15 bullets were shot into the teen’s body, Young Mob left him on the street to die–not knowing he was still breathing. Eventually, a few people found Childs on the street and sought help. They are now in protective custody.

Marshalls found two suspected shooters Tuesday (February 26), both whom fled Atlanta and turned up in Tennessee.

The case is still under investigation and authorities are asking anyone with information on the shooting to call CrimeStoppers at 404-577-TIPS (8477).

Bobby Rogers, Founder of Motown group “The Miracles,” Dead at 73